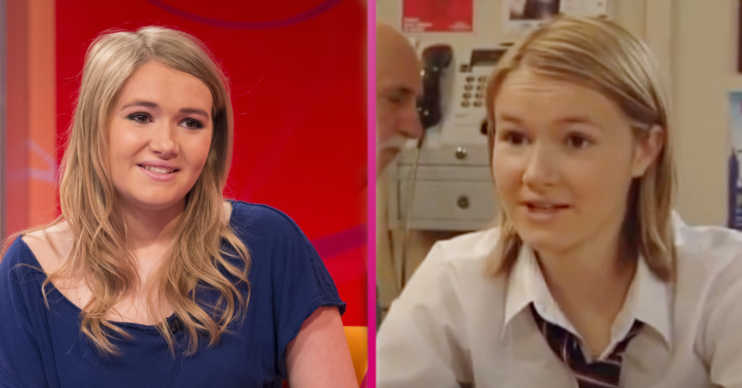 New mum is suffering with mastitis

Former EastEnders star Melissa Suffield has revealed how she was ‘crying for three hours’ in pain due to a condition called mastitis.

The actress, who played Lucy Beale on the BBC soap from 2004 until 2010, gave birth to her first son, River, back in March of this year.

She has openly shared her experience with motherhood on her Instagram account. But in a recent interview, she explained how her nipples were left terribly sore after breastfeeding her son.

However, it turned out she has a condition called mastitis, which makes the breast feel red, hot and painful and is most common in breastfeeding women.

Speaking to Natural Birthing Company founder Jane Mason in a live chat, she said: “Everyone was like, ‘It’s the most amazing feeling’ and I was like, ‘This is the worst feeling. This is horrible’.

“It was really high and not in a place where I could knead it out. That turned into mastitis which was my first and really only mum absolute meltdown.

“I was on the sofa in tears for about three hours saying, ‘This is the worst pain ever.’ I didn’t want to take the antibiotics I’d been prescribed because I was worried about forcing River to have it.”

The 27-year-old star looked into various ways to solve the issue and ease the pain, including putting breast milk on her nipples.

She added: “I put breast pads in the bra. But when I woke up the next day and peeled them off, basically all the skin came away.

But when I woke up the next day and peeled them off, basically all the skin came away.

“So I was like, ‘I’m done to pumping’. So I wore nipple shells instead of the pads. I wore them for about eight weeks and that was literally how long it took.”

Melissa played Lucy for six years. However she was seemingly fired from the soap after bosses grew tired of her off-screen behaviour which allegedly included underage drinking.

The character Lucy was brought back in 2012 with new actress Hetti Bywater taking over the role. However the character was killed off in 2014 in one of the soap’s biggest ‘whodunnit’ plots.

Since leaving EastEnders, Melissa has continued acting appearing in Casualty. As well as acting, she is also a blogger.

Have you or anyone you know struggled with mastitis? Leave us a comment on our Facebook page @EntertainmentDailyFix and let us know what you think of this story.