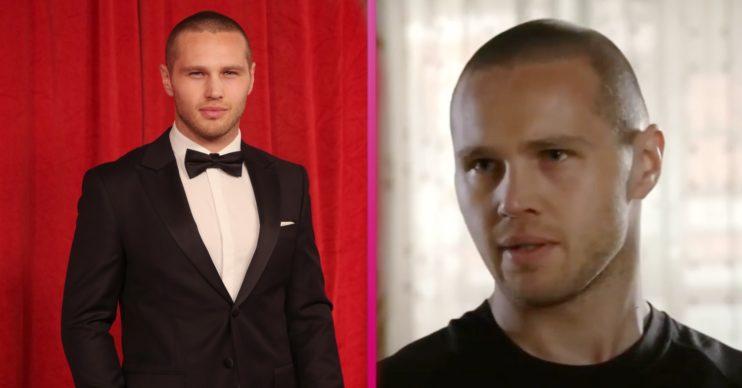 Former EastEnders star Danny Walters has opened up about his childhood weight loss, revealing he was bullied over his 16-stone weight when he was younger.

The 27-year-old, who played Keanu Taylor in the BBC soap from 2017 to 2020, decided to change his lifestyle when two girls made fun of him while he was on holiday with his brother.

Speaking to Mike Fenton Stevens’ My Time Capsule podcast, he recalled: “We were talking to these two girls on the sun loungers and I came out and said, ‘Hey,’ and they turned around and said, ‘Oh my God – who’s this ugly fat guy?’

Read More: Does Maisie Smith have a boyfriend and how much does she earns on EastEnders?

“I was like, ‘Woah’ and my brother said, ‘Hey, that’s really harsh.’ I started crying and ran off.”

The youngster would also hide family-size packets of Haribo in his school uniform and school bullies would tease him for his weight.

He would buy them cigarettes to stop the bullying. But it was the remarks from the two girls on holiday that made him want to change his life around.

Danny added: “This is not what I wanted people to see me as – the funny fat guy.

Now, the hunk keeps up his fitness by training six times a week and swears he will never go back to his old ways.

He explained: “Training helps me to push myself, to only get better for myself.

“Because I used to weigh 16 stone, I used to be big, there is a massive motivation behind what I do and the way I train because I never went to go backwards.”

Danny quit the BBC soap in November after two years. However his on-screen mum, Lorraine Stanley, who plays Karen Taylor, is desperate for him to return to Albert Square.

She recently said:  “I really miss Danny Walters, as we had the best laughs on set. We would be really silly, rude and naught!

“We’ll stay in touch and I wish him really well – it was a loss for us Taylors. We’re all gutted he’s gone. We want him to do well, but we want him to come back.

However she reminded people that Keanu wasn’t killed off and hinted he could return one day.

She added: “The door is left open, and Keanu has a son on the Square, so you never know. We’ll miss him and he’ll do well – gorgeous boy!”

Would you like to see Danny return to EastEnders? Leave us a comment on our Facebook page @EntertainmentDailyFix and let us know what you think of this story.