Former Coronation Street actress Katie McGlynn has jetted off for a well-earned break after a busy few months filming Sinead Osbourne's death and starring in panto.

Heading for some sunshine with her best friend, Lee Bennett, Katie admitted the rest was 'much needed'.

She shared a snap to Instagram of her looking stunning ready for a night out.

First night on my jollies 💘 expect a lot of holiday spam...when I can be beefed 🙃 #holiday #itsabouttime #muchneeded

She captioned the snap: "First night on my jollies. Expect a lot of holiday spam... when I can be beefed #holiday #itsabouttime #muchneeded."

Another added: "I love this outfit, where is it from?"

"Wow, you look beautiful, where is your outfit from?" queried a third.

A fourth simply said: "Outfit" followed by a series of fire emojis.

First night on my jollies. Expect a lot of holiday spam.

Last week (Tuesday January 7) it was announced Katie had been shortlisted for a National Television Award for her portrayal of Sinead's final days.

"Basically I was feeling a bit under the weather, but I just powered through, didn't think about it," she said.

"I just thought 'right I have a cold' and we were doing three shows a day at one point. 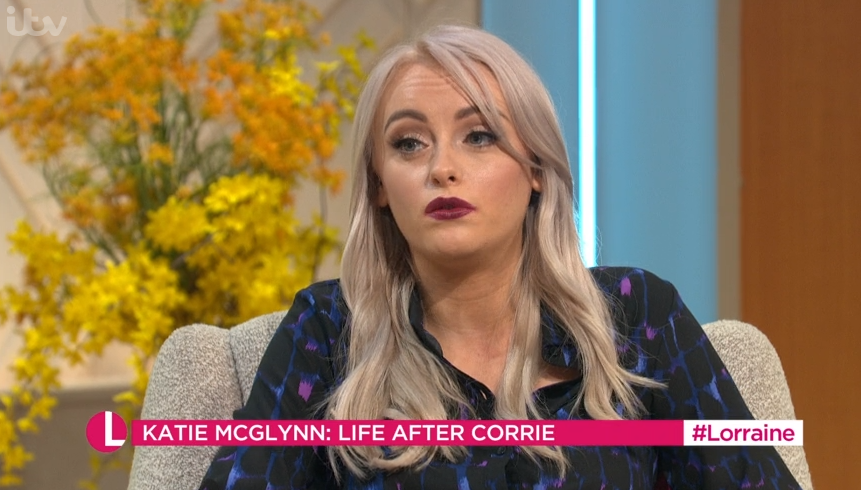 "I loved every second of it but I was feeling a bit off and sick and hot and a bit stumbly and I thought 'this is really weird'. I just felt really spaced out.

"And then in between shows I fainted and then all of it is a bit of a blur. It was very dramatic.

"There was an ambulance, I don't remember that, I just remember waking up in A&E in my Tinkerbell costume."

She continued saying: "The doctor put it down to exhaustion and being ill and I actually had this virus and because I didn't have any rest I needed bed rest.

"So I had a couple of days bed rest and I was like 'right I really don't feel well still, something's off' so I went to my own doctor and he said 'you've had this virus you need to have one to two weeks bed rest'".