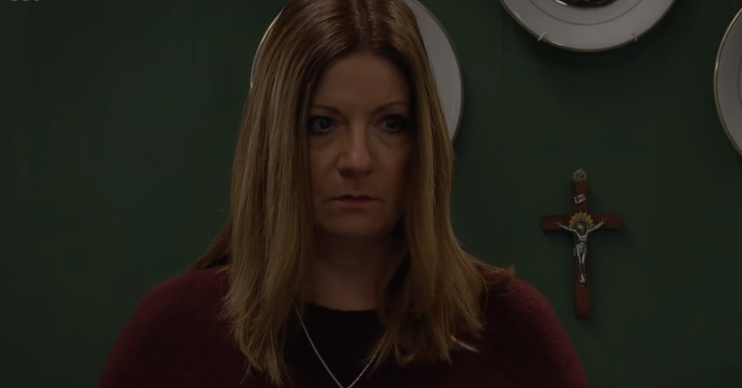 Harriet was a police officer before she lived in Emmerdale

Fans of Emmerdale were baffled as to why Harriet Finch turned to Cain Dingle to get rid of a gun.

This week, Harriet and Billy were shocked when Dawn’s son Lucas found a gun, which later turned out to belong to Will, Harriet’s boyfriend.

Despite promising Billy he’d get rid of the gun, he told Harriet he was keeping it but would be hiding it somewhere safe.

After stashing it in his car, Harriet took it out and went to her ex-boyfriend Cain, asking him to get rid of the firearm.

But viewers were quick to question why Harriet would need helping getting rid of a gun, especially as there are many reasons she could do it herself.

Harriet is surrounded by thousands of acres of moors,rivers and quarries so why doesn't she take the gun and bury it, why ask Cain, the gun obviously will be used soon #Emmerdale

"Dont know who else to turn too"Harriet??? Idve thought cain would be the last person on earth youd hand a gun over too and an ex policewoman tut tut tut #emmerdale

#Emmerdale Why does Harriet need Cain to get rid of the gun? Just take it apart & throw bits in river. I suppose script writers want someone to get shot with it.

One pointed out Cain has a criminal history and that Harriet was once a police officer.

Another questioned why she didn’t bury the gun as she lives in the countryside.

Fans of the show know that before her life in Emmerdale, Harriet was a police officer.

It was during that time she met drug dealer Will and began a relationship with him under the name ‘Michelle.’

But little did Will know, his girlfriend was an undercover police officer.

After Will was arrested, Harriet eventually left the police and became a vicar.

Why does Harriet need Cain to get rid of the gun?

Harriet and Will reunited last year after she discovered he was the one who had been stalking her.

Will moved in with Harriet and his daughter Dawn but it hasn’t all been smooth sailing.

With Dawn not completely sure if her father has changed, she was furious when she thought her dad stole Liam Cavanagh’s wallet.

Dawn has no idea what happened with Lucas and the gun, but will Billy tell her the truth?

And how will Will react when he discovers his gun is gone?

Do you think Harriet did the right thing taking the gun to Cain? Leave us a comment on our Facebook page @EntertainmentDailyFix and let us know what you think!