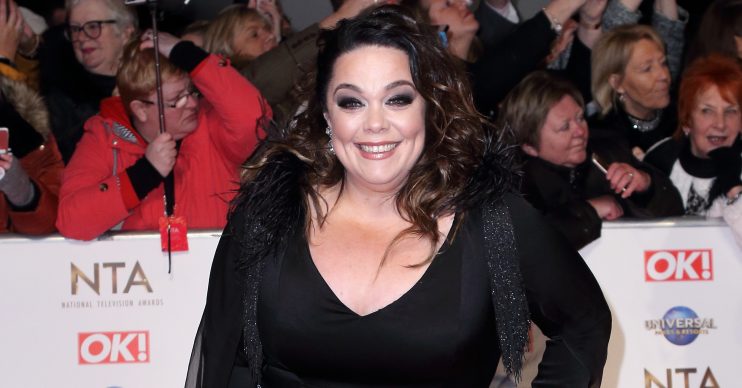 As reported by Digital Spy, the actress, who is chuffed to be back on the show, said: “It’s amazing, absolutely wonderful being back.”

Thank you thank you THANKYOU for all you gorgeous comments (I love that you loved it as much as I did) about my outfit and hair and makeup tonight for the NTA’s it means the world to me….it’s the best feeling when you feel good 💛💛💛@menahamoodi is the best designer to work with, you know how insanely happy I was😘😘😘 jewellery is @butlerandwilson shoes were @lkbennettlondon bag @viviennewestwood and my Prince Of Pink 😘😘😘 @scottbeszick @emmerdalemakeup @emmerdale thank you for my Hair & Makeup…tucked up in bed now….feeling so giddy!!! @emmerdale WON!! So proud to be in this wonderful show 🏆🏆🏆🏆🏆🏆#redcarpet #ntas #preshow #photo #emmerdale

Mandy returned to the village last summer after an 18-year break – and since her return, she has quickly become a fan favourite.

Pleased to be marking six months back on the soap, Lisa said: “It was six months last Tuesday and it’s testament to how hard everyone works and the crew are just amazing – we have such a laugh on set. Brilliant, and I’m loving every second.”

I’d stay for a long long time, because I love it.

After first joining the show in 1995, when Mandy arrived in the village for the wedding of Tina Dingle and Luke McAllister, she became a series regular, before Lisa chose to leave in 2000.

After briefly returning in 2001 before leaving once again, last January was the first time viewers had seen Mandy Dingle in 18 years.

After a short stint on the show, she left the village once again. Before returning in the summer, bringing “secret son” Vinny with her.

“I’m definitely gonna be here for another six months, and then who knows,” she said.

However, she then pledged her future to Emmerdale and said: “But as far as I feel right now, I’d stay for a long long time, because I love it.”

Lisa, who took to Twitter to congratulate her co-stars on last night’s NTA’s win for Best Soap for the fourth year running, beating BBC One soap EastEnders, Channel 4’s Hollyoaks, and fellow ITV soap Coronation Street, posted a picture of herself at the award ceremony.

The picture was captioned: “Congratulations to our beautiful cast, fantastic crew, and production…EVERYONE involved in making @itv @emmerdale I’m so proud to be part of this BRILLIANT programme…..@OfficialNTAs what a great night…now it’s bedtime #emmerdale #lovemyjob #winners”

One fan shared a love heart and commented that the award was “so well deserved”.

While another fan asked her not to leave the show again anytime soon.

Prior to the show’s NTAs win, Emmerdale took to Twitter to share a video of Lisa on the red carpet.

The show wrote: “Are you ready for the @OfficialNTAs? @Reallisariley is ready! #Ntas #Emmerdale”

Do you think Emmerdale deserved to win the award for Best Soap at the NTAs for the fourth year running? Leave us a comment on our Facebook page @EntertainmentDailyFix and let us know what you think!