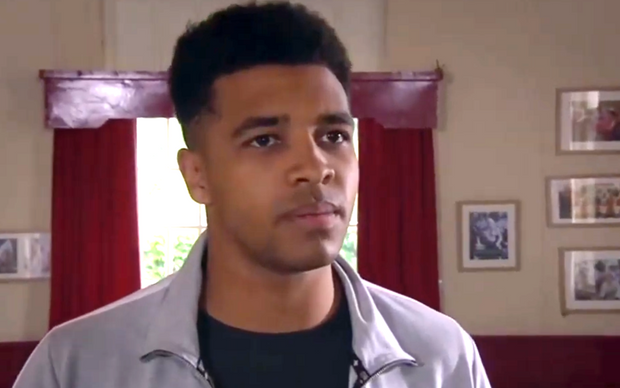 Emmerdale’s Ellis Chapman has been recast

Former actor Asan was fired from the soap

ITV has recast Emmerdale’s Ellis Chapman and the character will return before the new year.

Actor Aaron Anthony will now be playing the personal trainer, taking over the role from Asan N’Jie.

Last month viewers saw Ellis join his mum Jessie in Dubai to work as a PE assistant in the school Jessie is working in.

This December, as tensions between Elli’s dad Al and Ellis’s half-brother Billy threaten to boil over, Ellis returns to the village unannounced.

Speaking on his new role Aaron said: “Emmerdale is a cracking show with a brilliant cast that I’m over the moon to now be a part of.

“I know Ellis is a well-loved character and I’m looking forward to continuing his journey and all that’s in store for him.”

Ellis joined the soap last year and was played by Asan, however his contract was terminated in September after a violent altercation at an awards ceremony.

At the TV Choice Awards, Asan got into a fracas with Hollyoaks actor Jamie Lomas.

After the argument, Asan was fired from the ITV soap and has since issued an apology for his behaviour.