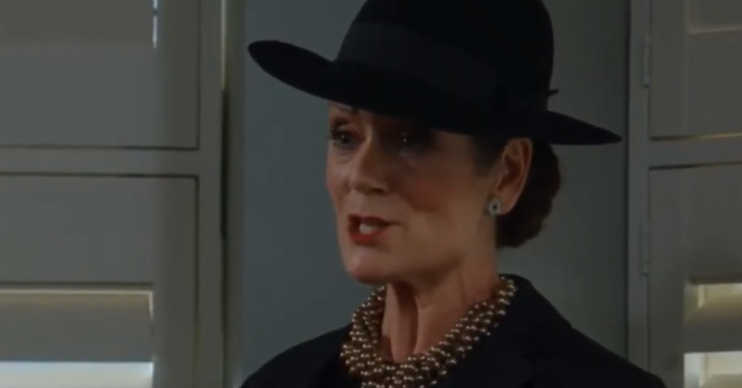 Viewers of Emmerdale want to see Steph Stokes, also known as Steph Forsythe or Steph Turner, return to the village.

Steph appeared in the ITV soap from 2002 until 2006 first arriving at daughter Trisha and Marlon Dingle’s engagement party.

She was well known in the village as a bully, often threatening others and even drugging her own father.

After meeting a doctor named Adam Forsythe the pair quickly began a romance and she opened up to her new lover that her older brother Terence had sexually abused her as a child.

Adam later ended up killing Terence and buried him in the woods, but moved the body to keep control of his wife.

Although Steph was actually innocent she later confessed to killing her brother in bid of loyalty to her dad.

Despite not killing Terence, she had accidentally pushed Shelley Williams off a ferry before throwing her suitcase in afterwards.

Adam was being investigated further for Terence’s death but ended up taking his own life in prison.

Steph went to jail, however she made a brief return in 2013 for her dad Alan’s funeral.

Now, some viewers would like to see Steph return to the village again.

In a Digital Spy forum one said: “Would you like to see Lorraine Chase return as Steph Forsythe? She must be due for release soon and it would be great to see her clash with Kim Tate over Home Farm as she is the original soap [bleep].”

“Not interested in her fighting over Home Farm but I’d like to see how she’s coping without her father and after her years in prison.

“And it could give Marlon something to do, even for just a guest spot.

I’d open some kind of community centre for Alan and have Steph crash the opening ceremony.”

A third wrote: “Yeah I’d like her to return.”

A fourth said: “Looking back, I think I remember Steph pushing her friend off a ferry boat.

“Perhaps the friend could’ve survived – that would make an interesting comeback story.”