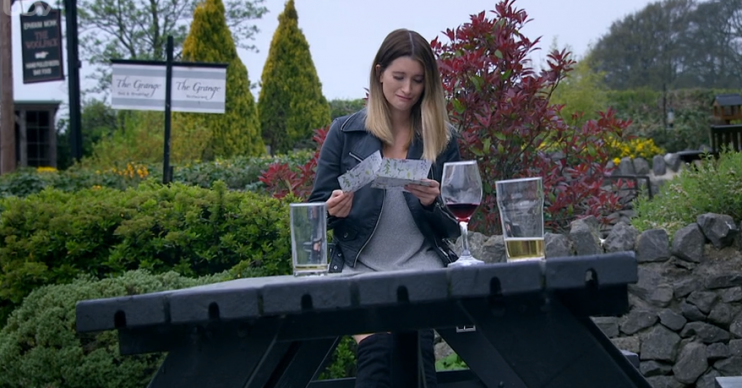 After last night’s episode of Emmerdale (June 6 2019) viewers were left heartbroken as members of the Dingle family read out their letters from Lisa Dingle, who sadly passed away a couple of weeks ago.

In last night’s episode, viewers saw the funeral for Lisa.

Her daughter Belle read out a poem she had written for her mum and her niece Charity read out a eulogy.

Lisa had a couple of surprises left in store for her family and friends.

The first was a pig race and the second was letters to some of her family members including Belle, husband Zak, stepsons Sam and Cain and Debbie, Charity, Chas and Marlon.

Read More: Emmerdale viewers come up with theories as to how Graham and Andrea know each other

With each letter she wrote a message to each person which were read out in a voice over by Jane Cox, who played Lisa.

Viewers were left in tears as the letters were read out.

Damn, the family reading Lisa's goodbye letters has me bawling…didn't expect that would hit me like that😢😢😢 Such a nice, heart warming send off🙌🙌🙌#robron #Emmerdale @emmerdale

Lisa’s letters have me crying 😢 #Emmerdale

Blimey #emmerdale those last 3 minutes or so with Lisa's Letters 😭😭😭😭😭😭😭

Lisa’s letter had a powerful effect on her family, especially Debbie and her father Cain.

The pair, who have been arguing for months, both received a letter from Lisa.

In her letter to Debbie, Lisa wrote: “The trouble is, you and your dad are just the same… stubborn. You always were. If I was there I’d bang your heads together.

“Try to forgive him and make up, please, and I mean make up properly. Get your dad back Debbie.”

Lisa wrote to Cain: “Debbie needs you whatever she says. You’re her dad! Please never give up on her. Even when she keeps pushing you away, don’t give up.

“It’s family, it’s love, they’re the only things that matter really. Everything else is just a waste of time and none of us have time to waste.

“It’s later than you think, Cain.”

Now, we aren’t sure what that last line means. A cryptic hint about things to come, perhaps.

As his letter was read out, Cain could be seen approaching his daughter and the pair hugged.

Viewers were moved that Lisa’s letter got the father and daughter to put their feud behind them.

Lovely to see cain and Debbie make up #Emmerdale

Got to admit that scene between Cain and Debbie was moving! #Emmerdale

Crying over that Cain and Debbie scene. Well done Lisa for getting them back to each other! #Emmerdale

@MissCharleyWebb At least something good actually came outta Lisa's untimely death, Debbie got her Dad back & Cain got his Daughter #Emmerdale ♥️