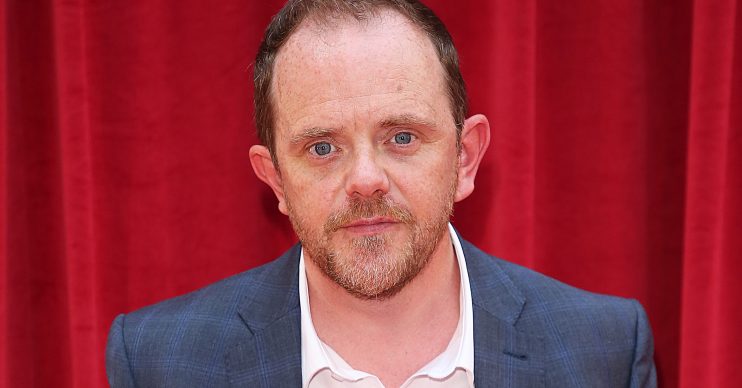 The fiancée of Emmerdale star Liam Fox has revealed she was weeks away from death in 2015 and it makes her appreciate what she has with Liam even more.

The Dan Spencer actor first met Joanna Hudson in the 90s when they were both studying media and performance at Salford University.

They lost touch, and Liam went on to marry former Hollyoaks actress Nicole Barber-Lane. They separated in 2015 and Liam got back in touch with Joanna in 2017.

He popped the question to her earlier this year in Paris and shared the happy news with his Twitter followers.

In an engagement shoot with OK! Magazine, Joanna spoke about her near-death experience, revealing it’s inspired her to do charity work.

“I nearly died from a tumour; when it was discovered, I was weeks away from death,” she told the publication.

Joanna revealed she knew something was wrong when she started to have double vision. She went to the optician who gave her glasses, “but that didn’t help”.

She continued: “I was eventually referred to a consultant and was diagnosed with myasthenia gravis [a rare autoimmune disease that causes muscle weakness].

“The consultant gave me a scan, which discovered I had a tumour caused by the illness growing on my thymus gland [near the heart], which would’ve killed me if it wasn’t discovered. I had it removed and three months later I was fully recovered!”

Joanna has said that she now has to go for regular scans and so far, things have been “fine”.

Actress Joanna has now decided to give something back by raising money for charity and set up “Woofstock” to raise money for rescue dog charity Many Tears.

Liam helped by giving her a signed Emmerdale script to auction and getting their Staffordshire bull terrier Hope to have her picture taken with the Emmerdale cast.

Joanna added: “Seeing how supportive he was really made me realise what a great guy he is.”

Emmerdale is on Monday to Friday at 7pm with extra episodes on Tuesday and Thursday at 8pm.