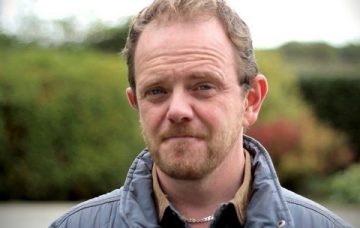 The soap star shared the cheerful news on social media, declaring: “She only went and said yes…”

The lucky lady is fellow actress Jo Hudson; they have been dating since 2017, but have been friends for decades.

The were wed for 16 years, before splitting in February 2015.

At the time of the separation, they said: “It is with much sadness that we confirm the end of our marriage, though our family unit remains strong.

“We’ll always love and respect each other and are united by our children and family remaining at the centre of our lives.”

The former couple have a teenage son together, and have maintained a good friendship.

Liam’s character Dan recently proposed to his girlfriend, Kerry. She said yes, under pressure as he asked her in front of everybody in the Woolpack.

But later she told him she didn’t want to be with him. They are pretending to stay together for the sake of his daughter, Amelia.

In real life (!), friends and co-stars alike have rushed to wish Liam congratulations.

Awwwwww congratulations to you both!!! Here’s to a happy future for you both x