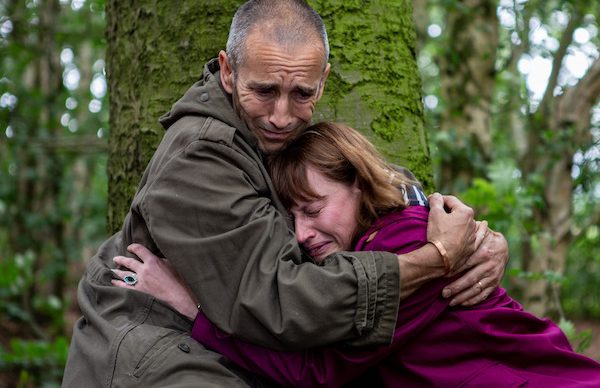 Emmerdale SPOILER: Lydia finally faces the ghosts from her past

Will Lydia leave the village?

There’s heartache heading for Emmerdale’s Lydia Hart next week when she faces the tragic events from her past, but will her grief cause her to leave the village?

Emmerdale residents have been left in shock after discovering police had found remains of a baby buried in the grounds of Hotten School.

Head teacher Jessie Dingle was called to her place of work to speak to the police, and was even the one the authorities asked to front a press conference about the grim findings.

But while everyone tried to work out how the human bones had found their way to the school many years ago, it was soon revealed that Lydia Hart has been hiding a huge secret.

By the end of last week, Lydia had gone to the police station and confessed that the is Jenny Finn, the woman in the picture that they are looking for in connection to the baby.

But it seems that by next week the reality of what happened all those years ago is just too much for poor Lydia to take.

Next week sees Sam Dingle refusing to let Lydia leave the village, determined to help her through this latest ordeal.

But while Lydia steps outside for some air, she secretly calls a cab, desperate to run away from the ghosts from her past.

As the cab arrives, Lydia climbs in. But before the car can drive away, Sam works out what is happening and stands in front of the taxi, refusing to let it leave.

But when Sam becomes distracted, the taxi makes its escape, and before long it is pulling up near the site of where the remains of the baby were found.

But it is all too much for Lydia to cope with and she soon asks the driver to take her to the station, determined to run away. But when she gets there she’s shocked to find Sam waiting for her.

He offers to take her back to the burial site, and tells her that if she doesn’t find facing the grief from her past helpful then he will let her leave Emmerdale.

Eventually she reluctantly agrees and the pair head to where the baby was found together. But once there Lydia breaks down and finally faces her long-buried heartache at what happened to her baby all those years ago.

Will Lydia remain adamant that she is going to leave Emmerdale? Or will she manage to get through this hideous time with Sam by her side?

Do you think Lydia will leave Emmerdale? Leave us a comment on our Facebook page @EntertainmentDailyFix and let us know what you think!