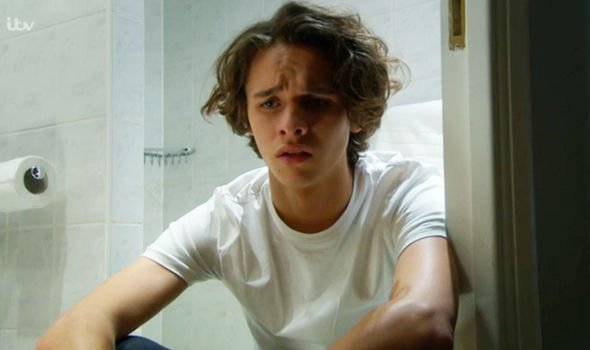 Emmerdale reveals what happens to Jacob after Maya’s arrest

Next week will finally (finally) see Emmerdale‘s Maya Stepney get her comeuppance following her grooming of teen Jacob Gallagher.

The evil teacher will be arrested for her crimes after David tricks her into meeting up and brings the police with him.

And now the show has revealed what will happen to Jacob after his illegal lover gets carted away – and it’s not the end of the plot.

Speaking to Inside Soap magazine, an Emmerdale spokesperson said: “Viewers will have to wait to see what becomes of Maya, as there are still lots of twists and turns.”

They went on to add: “As for David, Leyla, and Jacob, it’s the start of a long and new journey with regards to parenting, and how they convince Jacob that he has been manipulated.”

Jacob thinks he’s in love with Maya and that they are in a real relationship, so it’s fair to say he won’t be able to switch off his feelings that easily.

Can David convince him what Maya’s been doing is wrong?

Matthew Wolfenden, who plays David, explained to Digital Spy that the storyline is far from over.

He revealed: “This is the start of the hard times for David and Jacob. The fact that Maya has been arrested is not the end of the storyline. I think it’s the beginning of the next chapter.

“I don’t know what’s going to happen next, because as far as Jacob thinks, David has ruined his life. I don’t know if he’s ever going to come around to the fact that David hasn’t. It’s definitely not going to be a quick fix.”

Many fans have criticised David’s parenting skills during the course of this storyline as he consistently failed to notice what was going on right underneath his nose.

David has come close to discovering Maya’s sickening grooming behaviour many times, but failed to connect the dots and figure it all out.

He found a hotel booking in Jacob’s room that Maya had made so she could sleep with the 16-year-old, despite being his teacher.

Do you think David should have realised what’s been going on? Leave us a comment on our Facebook page @EntertainmentDailyFix and let us know what you think!