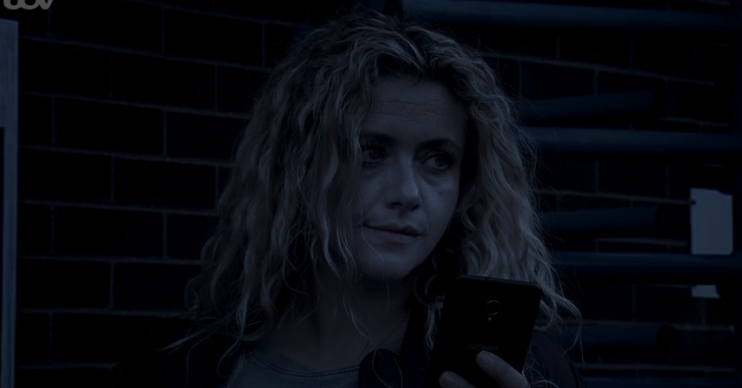 It's going to be explosive either way!

Viewers of Emmerdale got one hell of a shock last night, when groomer Maya Stepney made a return – and revealed she’s pregnant!

And, as the news sunk in with fans, a compelling theory began to take hold…

On Tuesday (November 19), the hour-long episode began with David and Leyla steeling themselves to tell son Jacob that his abuser was set to be released from prison.

They were surprised that the teen, who was besotted with his teacher lover, took the news so calmly.

I bet my money on it being David, just to make the situation even more weirder.

But it later transpired that Jacob was cooking up a plan to reunite with the older woman.

David intercepted him going to see her, and brought him back to the village, begging him to move on.

Maya had ignored Jacob’s text messages and David warned it was a sign she didn’t want to hear from him.

Any contact would result in her heading straight back to prison.

When Jacob finally managed to talk to her after frantically trying to contact his abuser, she answered her phone at the prison gates but refused to talk to him as he confessed his love for her.

She then deleted his number in her mobile.

And, in a huge shock to fans, Maya was clearly heavily pregnant!

Once the news had sunk in, fans began to speculate about who the baby daddy was and many suspect a bigger bombshell is in store – that her ex-boyfriend David is the father and NOT her schoolboy lover Jacob.

One said: “Oh nooooo, who’s the daddy? I bet my money on it being David, just to make the situation even more weirder #Emmerdale.”

Another said: “I reckon it’s David and not Jacob’s.”

I reckon it’s David’s and not Jacobs

Watch it won’t even be Jacobs baby it will be David’s… or have people forgot maya slept with them both?!?

Writing on Digital Spy Forums, one superfan said: “It’s got to be David’s baby, much more potential story wise.”

Another said: “Who’s the daddy? David probably – there’s more soapy drama to be had by having David father a child with the woman who groomed his stepson.”

A third even suspected Maya’s ex-husband Liam, saying: “I can see them creating a one-night-stand that happened with Liam off-screen which would give Bernice an exit.”

His ex-wife Tracy discovered she was pregnant after they split up, but aborted the baby.