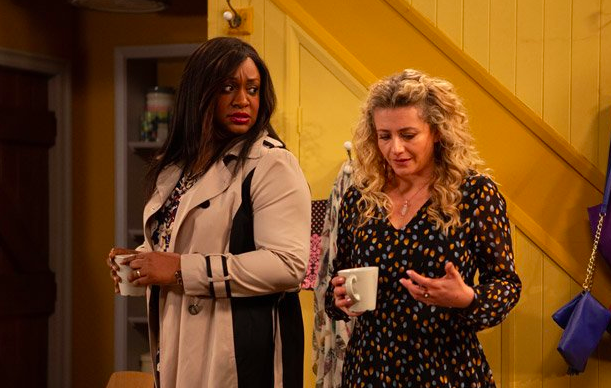 Emmerdale fans overjoyed as Jessie is finally fired over Maya

She has finally been given her marching orders

Emmerdale fans are overjoyed after Jessie Dingle was FINALLY suspended for being a terrible head teacher.

Fans have long complained at the Hotten Academy head never seemed to be at work and didn’t seem to take her high-stress job very seriously.

But the final straw came with her mishandling of paedophile Maya Stepeny’s abuse of Jacob Gallagher.

It happened directly under Jessie’s nose and as the education disciplinary panel pointed out – she wilfully missed opportunities to put an end to the school boy’s ordeal.

The panel chair questioned Jessie: “When you found out Miss Stepney had given a lift to a pupil, what official steps did you take?”

As Jessie tried to defend her blunder, the panel chair was having none of it.

She said: “But she had breached the safeguarding policy, that’s the point. That’s why you’re being questioned about it

“Moving on, I understand from Miss Stepney’s file that she was frequently late and on several occasions didn’t turn up at all.

“And her explanation was that she was attending counselling lessons, but she wasn’t, was she?

“Would it be fair to say you weren’t keeping track of teachers’ attendance or performance? And is that because you were having your own problems at home?

“We’ve had concerns raise that your personal life is in direct conflict with your ability to perform your role as head, would you like to comment on that?”

Jessie had no answer for the panel, and later revealed she had been suspended from her job – which left fans completely overjoyed.

One said: “Sister not cutting Jessie *any* slack. Magnificent #Emmerdale.”

A second said: “Not before time!! #Jessie #Emmerdale.”

A third said: “Jessie has been suspended which means she will be at work just as much as she was before, which is never.”

Are you glad Jessie has been removed as head? Leave us a comment on our Facebook page @EntertainmentDailyFix and let us know what you think!