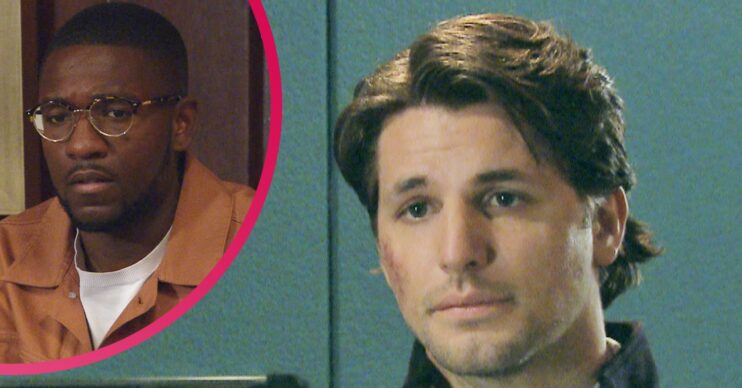 Emmerdale: Who plays Jordan Greenlow? Where have you seen Jack Parr before?

Ethan was called to the police station

Solicitor Ethan was called to the police station after Jordan was arrested. But he soon realised Jordan had been arrested for assaulting his neighbour, Billy.

Who plays Jordan and where have you seen the actor before?

Who is Jordan Greenlow in Emmerdale?

Jordan was arrested for assault in tonight’s episode of Emmerdale.

Ethan, who is a solicitor, was on-call and was called to the police station to be Jordan’s legal representation.

Jordan claimed a guy began attacking him and he acted in self defence and when the police turned up he was only arrested as the other guy was on the floor injured.

However Ethan soon learnt that the man Jordan had beat up was his neighbour, Emmerdale resident Billy Fletcher.

Meanwhile in hospital Billy told his wife Dawn that it was a racially aggravated attack.

Ethan revealed that although he knows Billy, there is no conflict of interest.

He did suggest that Jordan may want to seek alternative representation. But Jordan was adamant he wanted Ethan to represent him.

Who plays Jordan Greenlow in Emmerdale?

What has Jack Parr been in before?

Jack has also had numerous roles in films and short films including Evil Lies, This World We Live In, Tog, Next of Kin, Redford Estate and The Admirer.

What’s next for Billy, Jordan and Ethan?

After running into Ethan at the police station, Harriet encourages Ethan to withdraw from the case, warning how difficult it will make his personal relationships.

Will Ethan listen to Harriet or will he represent Jordan?