Viewers of Emmerdale have been left disgusted with Jacob Gallagher's behaviour after he slept with Leanna.

Fans of the ITV soap know the 16-year-old schoolboy hasn't had the easiest year and this last week has left him angry.

After discovering paedophile Maya Stepney, the woman who groomed him into believing they were in a loving relationship, was released from prison Jacob made an attempt to see her but was stopped by his dad David. 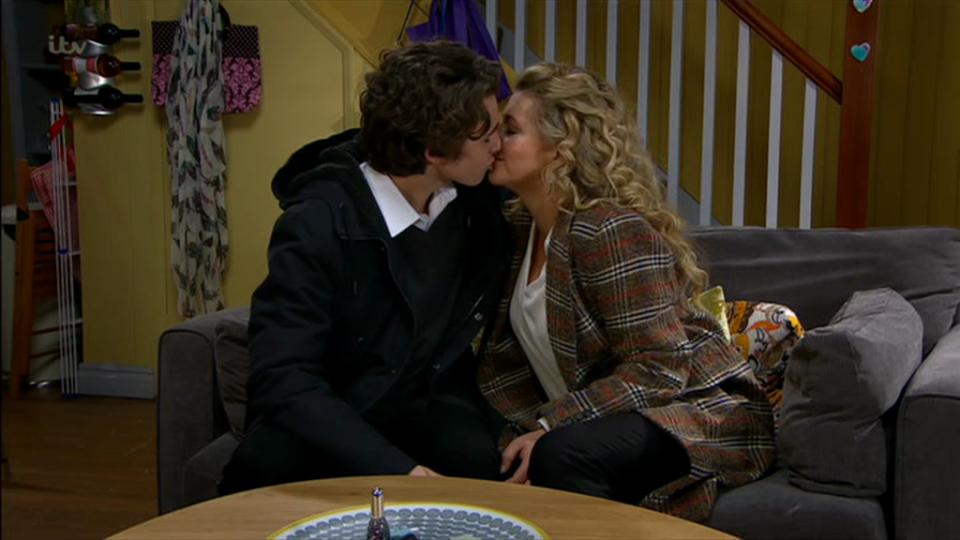 Jacob was groomed by his teacher Maya (Credit: ITV)

David was in a relationship with Maya but had no idea what she was doing to his son.

This week, as Jacob desperately tried to talk to Maya and tell her he loved her, Maya left prison, deleted Jacob's contact from her phone and viewers discovered the former school teacher is pregnant. 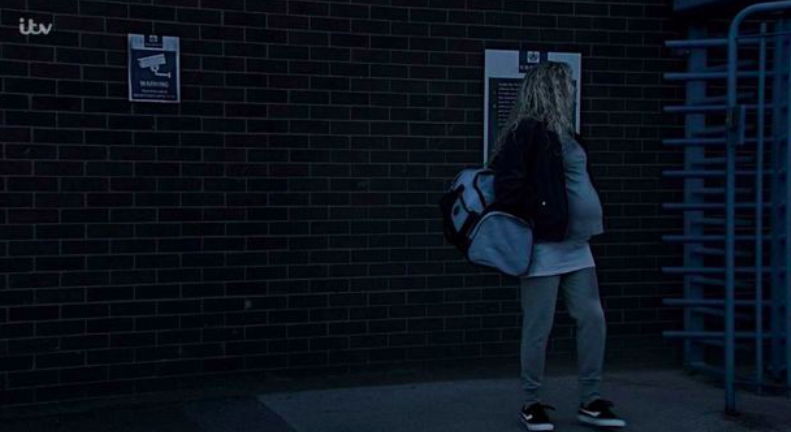 In Wednesday night's episode of the soap (November 20 2019) Jacob was upset as he hadn't heard from Maya since her release.

He was soon joined by Leanna Cavanagh, Maya's former stepdaughter, who wanted to help her friend.

However, one thing led to another and the teens ended up sleeping together. 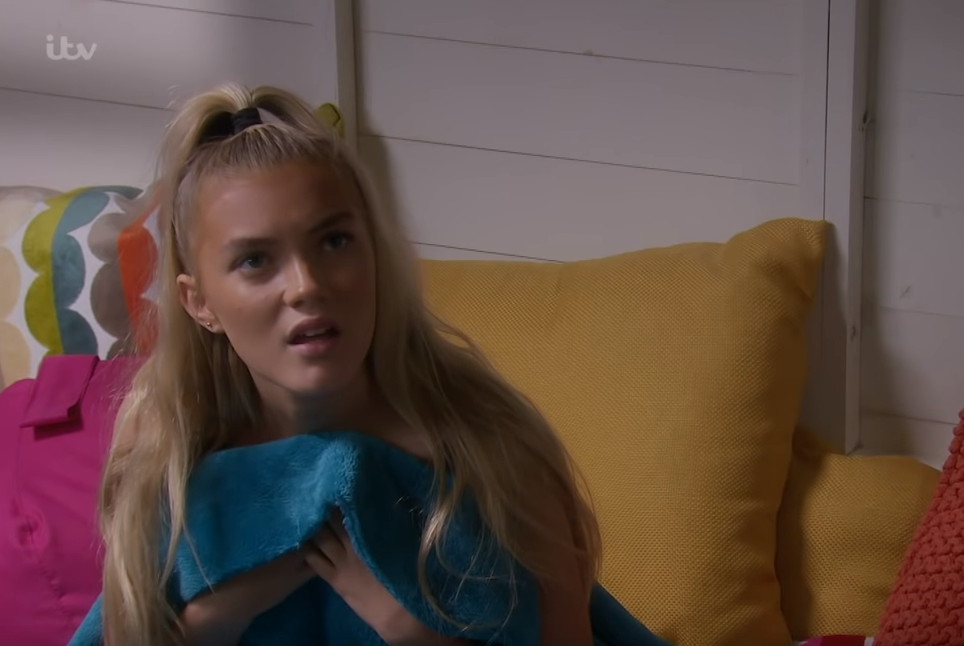 Afterwards, Jacob quickly made his excuses to leave, but was shocked to find out that it was Leanna's first time.

Later when she returned home, Jacob texted her asking if she was on the pill.

In Thursday night's episodes (November 21 2019), Leanna ended up confiding in her dad's girlfriend Bernice about what happened and asked her to get her the morning after pill but begged her not to tell Liam.

But when Leanna ended up throwing up because of the emergency contraception, she was forced to come clean to her dad about what had happened. 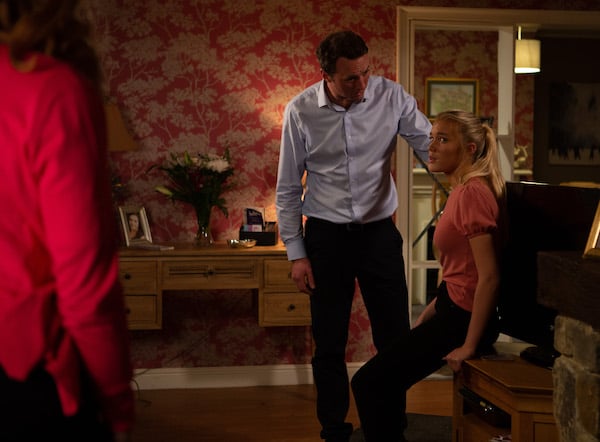 Leanna threw up because of the morning after pill (Credit: ITV)

When she revealed that she only had sex with Jacob to prove she liked him, Liam got the wrong end of the stick.

Over at David's shop, Liam accused Jacob of pressuring Leanna into sleeping with him and Jacob's words left viewers disgusted.

Jacob said: "It's just sex, people do it all the time, it doesn't mean anything. That's why I left afterwards.

"She wanted it more than me. I wasn't even that bothered." 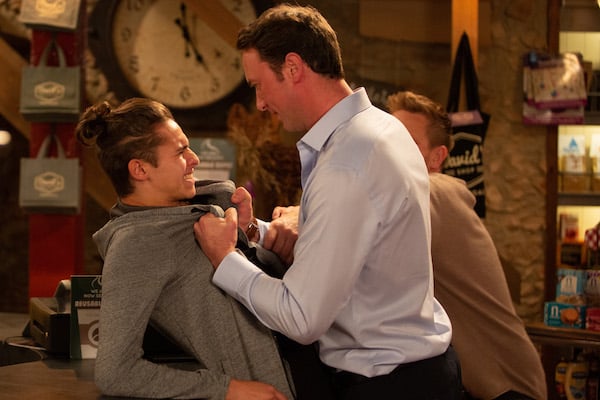 Read More: Emmerdale: Six best theories over what will happen next in the Maya Stepney pregnancy plot

When Gabby asked Jacob if he pretended to like Leanna to get her into bed, Jacob said: "I didn't have to pretend, she was well up for it. Even though I'd never be into her.

"I mean, look at her, she thinks she's so pretty but it's just a face full of make-up.

But when Liam told Jacob that Leanna didn't want to have sex, Jacob called her a liar and said he didn't want her. 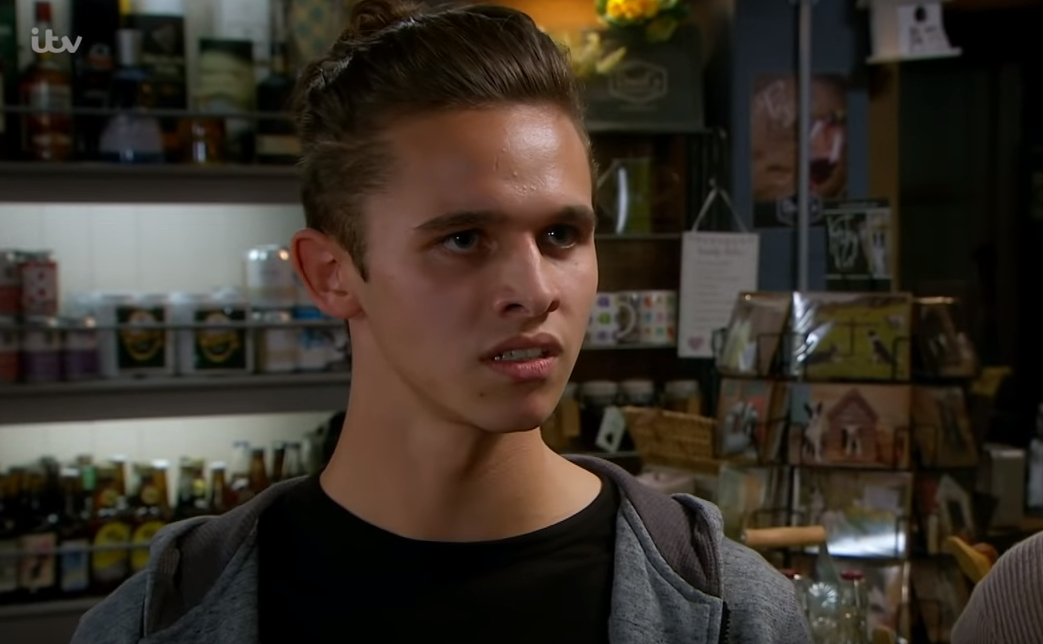 He went onto say he just did "what any lad would do".

When Liam warned him to stay away from Leanna, Jacob said: "Trust me, I won't be going anywhere near that again. The only reason I bothered was because she came looking for me and I thought why not?"

Pushed too far, Liam ended up punching the teenager in the face, leaving him with a bloody lip.

"You think I deserved this?" Given the way Jacob just spoke to poor Leanna he totally DID. He was absolutely VILE to her after all #Emmerdale 😠

Jacob was asking for that tbh, horrible little git! #emmerdale

You deserved that Jacob you nasty little boy #Emmerdale

Jacob’s lucky he only got one punch. This is what he should of got... #Emmerdale pic.twitter.com/bWPnUnC7ag

Jacob is just vile, I would of punched him too #Emmerdale

Jacob is just a horrible little scumbag. I felt sorry for him before but not anymore. He deserved that punch. He's spiteful, rude and after how he treated leanna, a bit of a sleaze #Emmerdale

wtf why’s jacob sinister all of a sudden #Emmerdale

Some viewers don't think this is the end for Jacob and Leanna as they have predicted the schoolgirl will be pregnant.