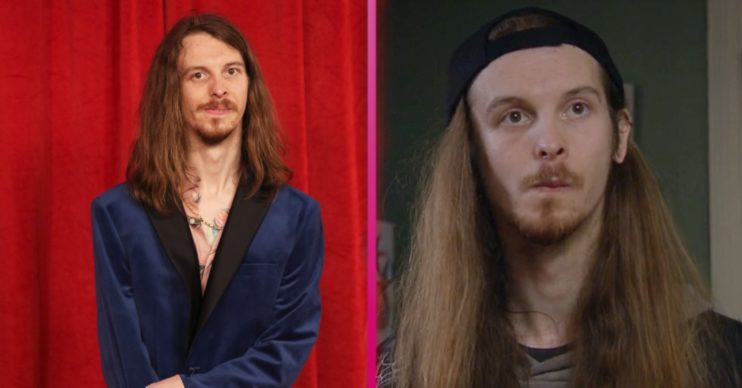 It sounds like this won't be his last either!

Emmerdale star James Moore, who plays Ryan Stocks, has showed off his latest tattoo to his fans.

The actor, who joined the ITV soap in 2018, has posted his new ink to his Instagram account.

New tattoo who dis Thank you @mr_royce_tattoo! Really getting there on this half sleeve

He captioned the post: “New tattoo who dis. Thank you @mr_royce_tattoo! Really getting there on this half sleeve.”

The design looks to be a flower and can be seen just under another of James’s tattoos.

His followers commented saying how much they loved it.

Another added: “Awesome @jamesmooreactor! Love it.”

His other tattoos include a tree, Homer Simpson and a wheelchair with the wheels on fire.

Emmerdale suspended filming back in March and it appears James went into lockdown with his girlfriend Sophie.

Back in June, the couple celebrated their one year anniversary together.

Whilst James hasn’t said whether he’s returned to work yet, he has recently started posting on his YouTube channel.

In his most recent video James, who has Cerebral Palsy, spoke about how he deals with mockery and Public Ableism.

The character Ryan proved to be popular with viewers and James took home the National Television Award for Best Newcomer for the 2018 year.

Most recently, Ryan and Charity got caught up in Graham Foster’s death storyline when it was revealed the mother and son stole the late businessman’s money.

After Ryan refused to transfer anymore money from Kim’s bank account to Graham’s, Graham picked up Ryan and locked him in a shed.

Ryan was later found and explained to his mum he felt ‘useless’ leaving fans heartbroken by the scenes.

Later Charity and Ryan exacted their revenge by taking Graham’s money. However when he turned up dead, it looked very suspicious.

Unable to lie, Ryan told Graham’s girlfriend Rhona about the money and it was later that villagers discovered that Rhona’s ex-husband and rapist Pierce, was the one who killed Graham.

Are you looking forward to seeing Ryan back on screen? Leave us a comment on our Facebook page @EntertainmentDailyFix and let us know what you think of this story.