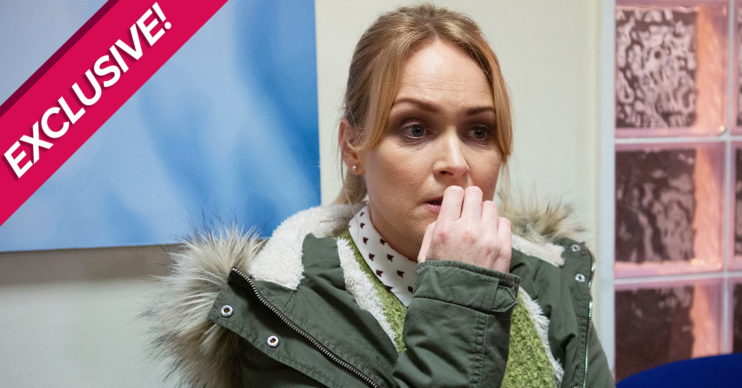 Emmerdale fans are desperate to know if Vanessa Woodfield will survive bowel cancer.

Following a course of chemotherapy, she’s resting up at her mum’s – and it’s unlikely she’ll be back on-screen until after Michelle Hardwick’s had her baby.

But has the treatment worked?

According to the International Cancer Benchmarking Partnership, people with stage three colon cancer – like Vanessa – have an 86% chance of surviving for one year in the UK.

The five-year survival rate for patients with stage three colon cancer is 62.5% in the UK.

Sadly, the chances of surviving for five years drops significantly to just over 5% when bowel cancer reaches stage four.

“If you’re diagnosed at stage four, you’ve got less than a 10% chance of survival – so it makes a massive difference.

“Being aware of the early signs and symptoms is so important because bowel cancer is preventable and curable if it’s diagnosed early.

“It’s the fourth most common cancer and the second biggest cancer killer – and part of that is people not being aware of the signs and symptoms.

“We need to change that.”

Symptoms of bowel cancer can include:

“If your bowel cancer is detected at stage one, there’s over a 90% chance that you’ll be treated and that will be the end of it.

“Bowel cancer screening has been paused during the pandemic but I know the NHS is looking to get that up and running again as soon as possible.

“Please, if you do get an invitation for a screening, please do it because it could literally save your life.”

Vanessa storyline in Emmerdale could save lives

As the Vanessa storyline in Emmerdale has played out on screen, Bowel Cancer UK has seen a surge in visits to its website.

In addition, more people than ever have been searching for signs and symptoms of bowel cancer.

“People can really take characters in programmes like Emmerdale into their hearts,” Genevieve continued.

“When you’re following storylines like that, you really do connect with what those characters are going through.

“Bowel cancer is still a cancer that people are a bit reluctant to talk about – perhaps they feel embarrassed.

“So to have that swept away and see and hear a character discussing those symptoms and going through it, it’s hugely powerful.

“We are really grateful to the Emmerdale team for putting a spotlight on something that’s so important.

She added: “The level of awareness we saw with Emmerdale was fantastic – particularly given what else was happening in the world.

“We were all talking about coronavirus so to have that awareness and focus on bowel cancer was really helpful.”

Despite bowel cancer being the second biggest cancer killer in the UK, Bowel Cancer UK is facing huge challenges and needs your support now more than ever.

Funding has plummeted because of lockdown and, like many charities in the UK, the much-needed organisation has had to quickly innovate in difficult circumstances to make a real difference to people when they need it most,

“It’s been a really tough time,” Genevieve tells us. “Our funding has dropped by about 40% overnight because of things like the marathon – people would run the marathon and raise money for us. We can’t do that now. That’s all been cancelled.

“The pandemic has hit us really hard – we’ve got over half of our staff on furlough.”

The charity is an incredible source of support for patients and their families.

Currently, the charity is working with NHS England and the Department of Health to prioritise treatment for bowel cancer patients.

Due to the coronavirus pandemic, bowel cancer screening has been on pause since March but Bowel Cancer UK is dedicated to building a recovery plan.

“The backlog for people with bowel cancer is going to be huge and people will end up with worse survival rates as a result,” Genevieve explained.

“Early diagnosis makes a massive difference and that’s why we’re so concerned.”

If you would like to help Bowel Cancer UK to continue its incredible work, there are lots of ways to offer your support including volunteering, donating and hosting fund-raising events.

For more information on how to help, please visit the Bowel Cancer UK website.