Moira's past comes back to haunt her

Emmerdale spoilers in pictures for next week see Moira tell Mackenzie some shocking truths, while Charity realises her relationship with Vanessa is over.

Meanwhile, Cain and Sam get caught up in trouble at Home Farm.

1. Moira is haunted by her dark past 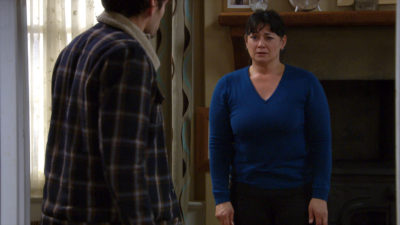 Moira is forced to face her troubling past during a conversation with her brother.

She tells Mackenzie that what she has to say is very important and he needs to listen.

Later she cries alone, wondering if she can ever repair her relationship with Mackenzie. 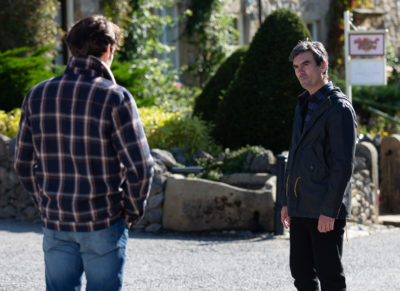 Later Cain sees Mackenzie in the village and the two men square up.

Cain tells Moira’s brother that if he sees him again, he’ll be leaving in a coffin. 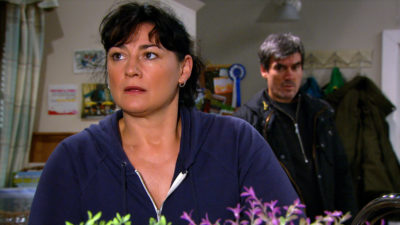 Moira tells Cain to stay away, but has she just pushed him away too soon? 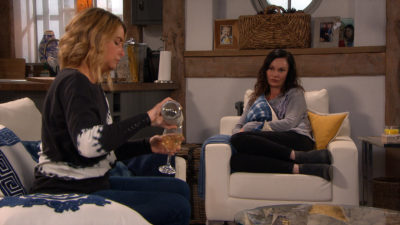 Knowing she has shattered her relationship with Vanessa by cheating, Charity hits the bottle.

Chas comes home to the village to support Charity in her moment of need. 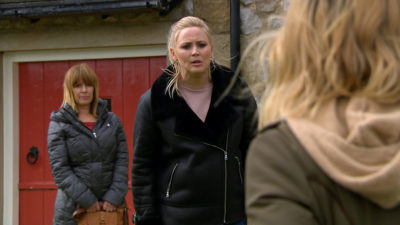 But Tracy has no sympathy for Charity and says she’s got no one to blame but herself.

Soon Tracy drops the bombshell that Johnny has gone to stay with Vanessa.

But that’s not the only shock in store for Charity next week.

Soon something else happens that shatters Charity’s hopes of any reconciliation with Vanessa. But what? 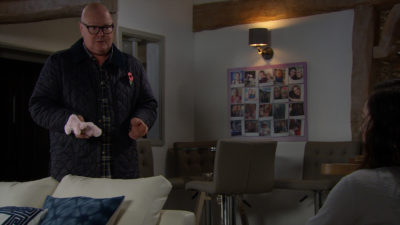 Paddy is shocked that Chas has retuned to the village without telling him.

Despite spending time apart, it seems things are still tense between the pair.

Charity urges Chas to fight for her relationship with Paddy while she still has one. 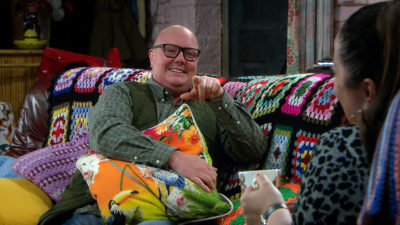 But Paddy is over at Mandy’s drowning his sorrows… is getting drunk with his ex really a good idea? 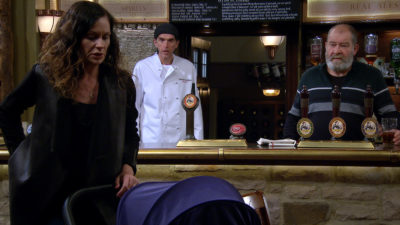 Chas is determined to talk things through with Paddy, but Marlon and Bear try to stall her, knowing that he’s with Mandy.

Has Chas just pushed Paddy away and into the arms of his former flame? 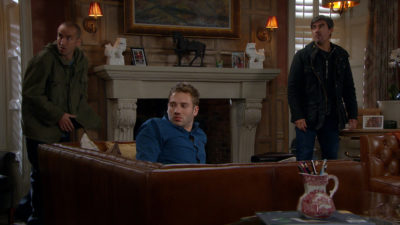 Cain and Sam plan a way to get revenge on Jamie.

But while Cain confronts Jamie, he has no idea there is a mystery figure lurking in the shadows.

Cain threatens Jamie, unaware he has been overheard.

The trio soon realise they’re not alone in the house. 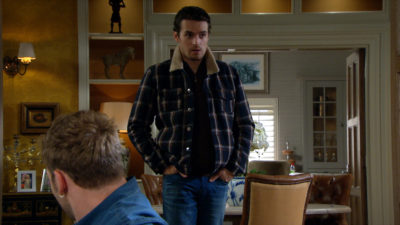 But what will he do with this new information?