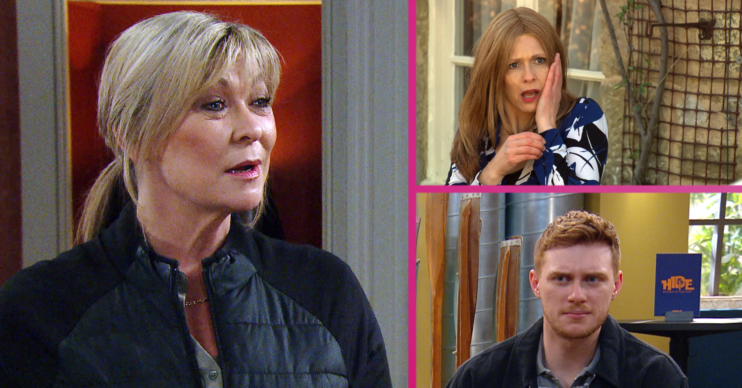 Will Kim get to the truth?

Emmerdale spoilers for next week reveal Kim sets a trap for the poisoner.

Meanwhile Bernice is convinced she can get back with Liam and Mack comes up with an idea to get Aaron off the hook with Pollard. 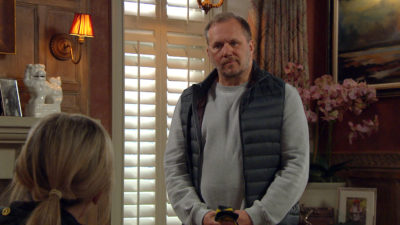 Kim sets up a formal luncheon at Home Farm and has invited all her oblivious suspects.

In the village, Jai, Dawn and Jamie are uneasy about why they’ve had a formal invitation from Kim.

At Home Farm, Kim keeps up the pretence of being drugged and confused as she responds to Will’s questions as to why he’s been invited to the lunch. 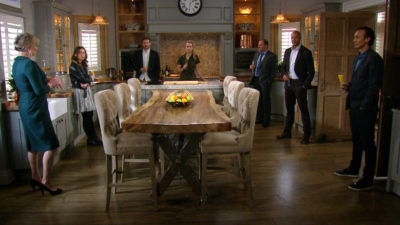 As the guests start to arrive, Kim starts to spin her web.

Once everyone has arrived, Kim announces she’s stepping back from the business.

But she says that first she needs to appoint her successor.

She revels in the reaction it creates and soon guests begin bickering. 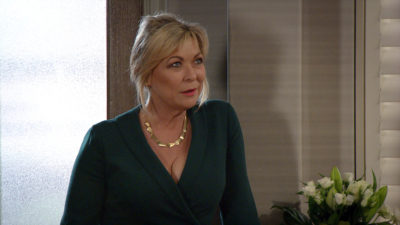 Kim addresses her guests one more time with a speech designed to manipulate her poisoner into taking action. After another wedding was cancelled, Liam and Leyla’s wedding preparations have picked up the pace.

In the Woolpack Bernice catches up with Liam.

Afterwards Leyla vents her frustration that Bernice is back to overshadow her happiness with Liam. 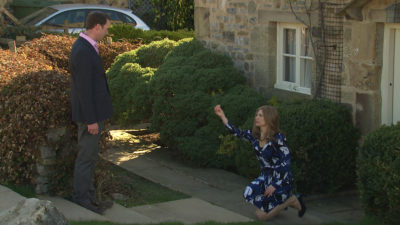 Bernice is sad that Gabby wants nothing to do with her.

Later Liam seeks out Bernice to establish rules for coexisting in the village.

But from Leyla’s perspective, it looks like Bernice is actually trying to propose. 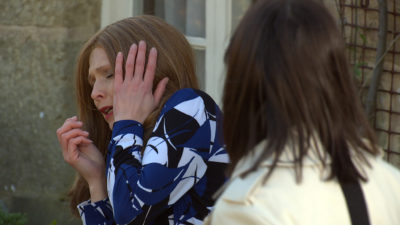 Soon Leanna is annoyed to learn Bernice has tried to interfere with her dad and Leyla’s relationship.

Later Bernice talks to Diane and Nicola in the café and is convinced there’s still hope for her and Liam.

Nicola reminds Bernice that she returned for Gabby… 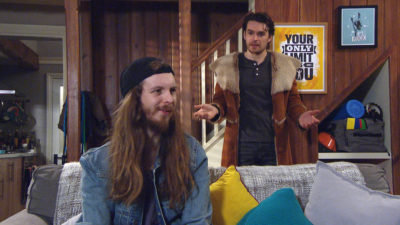 He urges Mack to do the right thing and threatens to tell Cain.

The next day Ryan is still unimpressed with Mack and contemplates getting Cain involved. 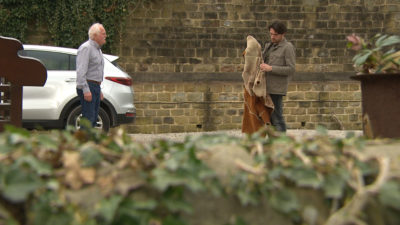 Pollard is tempted to rekindle things with Faith but knows it would upset Brenda.

Mack turns up at Pollard’s barn and offers him Val’s coat in exchange for Aaron’s freedom.

Pollard and Mack’s stand off takes a turn when Pollard has an angina attack.

Later at the hospital, Faith tells Brenda that ‘Brenda’ was the first word Pollard spoke when he came around.

4. Luke makes a confession to Wendy 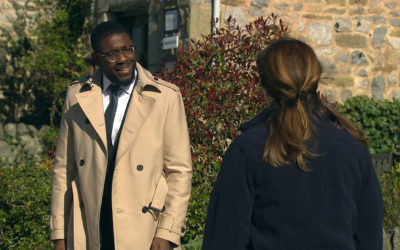 Read more: Who was Carl King in Emmerdale? How did he die and what happened with him and Chas?

Vic reveals to Amy that she plans to ask Luke to move in with her.

But Ethan comes to an unsettling realisation regarding what Luke is up to and tells Wendy.

Wendy pleads with Luke to be honest with her. Later he finally tells her the truth… 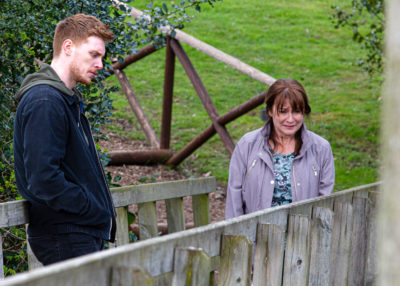 Having heard it all, Wendy urges her son not to let the past keep him from finding happiness.

She begs him to tell Vic what he’s told her, but Luke’s fearful of losing her.

He orders Wendy to keep his secret or she’ll loose another son.

Soon Victoria is excited about taking the next step with Luke as he’s moving in.