Liv Flaherty has been having a tough time of it of late after falling off the wagon following brother Aaron‘s decision to move.

As Aaron gives up on his sister and tells her he won’t pick up the pieces any more, fans are fuming with him.

They think he’s let her down at the first hurdle – and don’t believe his ex-husband Robert would have let Aaron turn on Liv like his new boyfriend, Ben, has done.

So who is Liv? What’s her story? And why has Aaron abandoned her?

Who is Liv Flaherty in Emmerdale?

Liv is Aaron Dingle’s half sister. They share a father – Gordon Livesy – and her mother is Gordon’s second wife, Sandra Flaherty.

Aaron met his little sister when he went to confront Sandra about his father’s abuse, and she nicked his wallet!

Teen tearaway Liv decided to stay in Emmerdale with her brother and her adopted Dingle family.

Liv and her sexuality

Liv began struggling with her sexuality when she was in her mid-teens. Taunted by Gabby Thomas about her lack of interest in boys, and her friendship with Gerry Roberts, she eventually told Belle Dingle she wasn’t interested in anyone – boys or girls.

When Jacob Gallagher was being groomed by teacher Maya Stepney, he started dating Liv in an attempt to cover up his relationship with Maya. He assured Liv he wouldn’t pressure her into sex, and Liv was pleased at his understanding, unaware of what was behind Jacob’s supposed kindness.

When Liv met Vinny, the cute couple seemed made for each other. And, despite Liv’s asexuality, they began a relationship.

But Vinny had his own struggles and when he was forced to break up with Liv by evil dad Paul, he lashed out. He cruelly told Liv she was a ‘weirdo, who doesn’t want sex’ and Liv was heartbroken.

Does Liv Flaherty have epilepsy in Emmerdale

Liv suffered a seizure in the summer of 2019, alone in the woods. She was in danger until she was found by Wendy Posner, who managed to save the teen’s life.

At first, Liv kept her continuing seizures secret from her family as she struggled to deal with what was happening to her. But when she suffered another seizure in front of Vinny, he called an ambulance.

Liv was eventually diagnosed with epilepsy and Emmerdale, and actress Isobel Steele, who plays Liv, worked closely with the charity Young Epilepsy on the storyline.

Is Liv an alcoholic?

Liv and Gabby stole some ketamine from vet Vanessa Woodfield’s bag, to spike Daz’s drink. But it was Lisa Dingle’s drink and poor Lisa suffered a cardiac arrest as a result.

Liv began drinking to cope with her guilt and when she was sent to prison for her part in the drama, her dependence on alcohol got worse.

However, earlier this year Liv found out Paul Ashdale had been abusing his son, Vinny – her boyfriend.

Liv confronted Paul, who was a gambling addict, on his wedding day in the wedding barn. However he soon turned violent and began beating her.

Liv made an attempt to rescue Paul but, when he began threatening her, she left. Moments later the barn exploded and Paul died.

She eventually got sober once more, but on Tuesday night (November 23) she hit the bottle again after admitting she’d given Ben a bad reference, sabotaging his hopes of a job in Cornwall.

Liv had done it because she didn’t want Aaron to leave and to be alone, but Aaron had had enough and told her he couldn’t pick up the pieces for her any more.

Aaron has made his feelings clear that he can’t help Liv any more.

But fans are shocked at his actions and have told how disgusted they are on Twitter.

One wrote: “OMG did Aaron really think Liv would totally stop drinking overnight like it was just that easy? Did it work that way for him when he was self harming?”

Another added: “Aaron’s really changed since Ben, first refusing to help Robert appeal his sentencing and now abandoning his own sister?”

Liv tries to pull Aaron away from Ben who she claims is driving a wedge between them. It doesn’t work. It’s not Liv & Aaron against the world anymore apparently 🥺😭#Emmerdale

Aaron letting Ben come between him and liv is ridiculous #Emmerdale

I thought Ben was mean to Liv tonight. She did the wrong thing but she’s not a psycho. Robert always treated her with love.#robron#emmerdale

Also he never would even tried of come between Aaron & Liv in a million years. He wouldn’t even of suggested leaving in the first place if she wasn’t going too

Instead of defending his obviously still struggling Sister he constantly sides with Ben instead really?#Emmerdale 😨 https://t.co/TCtEyWjbSZ

Is Aaron right to wash his hands of Liv? And can he really go through with it? 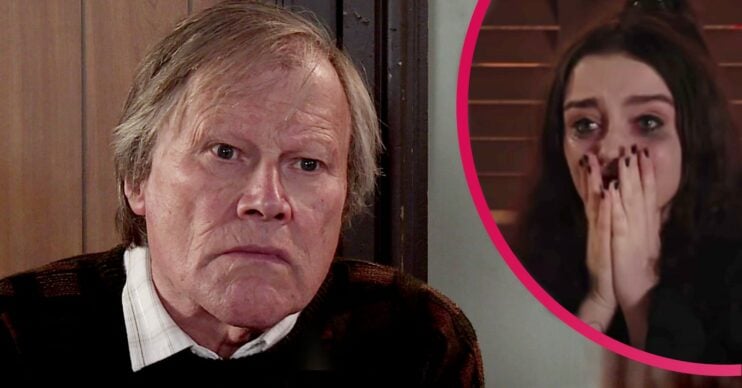 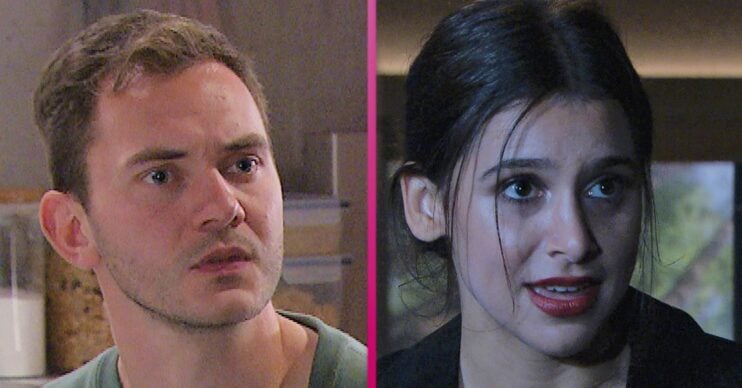 Emmerdale: Ben will be killed by Meena, fans predict after spotting clue