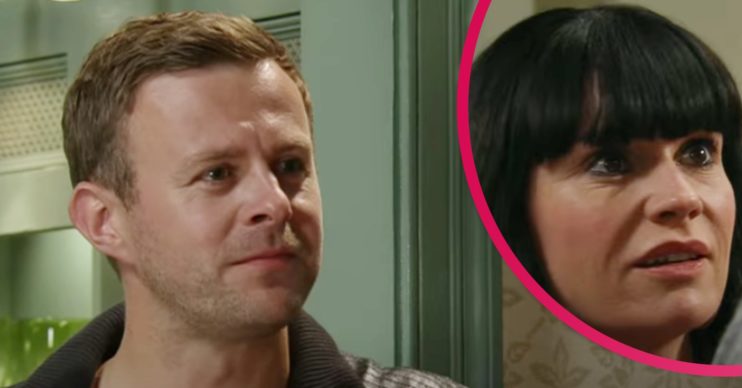 Who was Carl King in Emmerdale? How did he die and what happened with him and Chas?

Carl King was in Emmerdale from 2004 until 2012. But what how did he die and what happened with him and Chas?

In tonight’s episode of the ITV soap (Thursday, May 20) Chas told Liv about her ex-boyfriend Carl and how she believed she killed him and had to live with the guilt.

But how did Carl really die and what happened between him and Chas?

Who is Carl King in Emmerdale?

Carl King first appeared in February 2004. He was the son of Tom and Mary King.

Carl was their third son. He had two older brothers, Jimmy King and Matthew King. He also had a younger brother named Max.

Carl’s first wife was Colleen King, who he married in 1998. Together they had two children, Thomas and Anya.

In 2009 married Scarlett’s maternal half sister Lexi Nicholls. Although they weren’t related, they shared a half-sister.

What was Carl’s relationship with Chas Dingle?

Chas and Carl began to bond in 2004 over the fact they both felt like bad parents for abandoning their kids.

They began a relationship but were on and off.

But she was heartbroken when she discovered he had been having an affair with Eve Jenson.

Chas proposed to Carl and pretended to be pregnant. He accepted her proposal, gave her money for the wedding and ended things with Eve.

But on the day, Chas revealed Carl’s affair to the village and humiliated him.

Carl became bitter towards Chas for taking his money and was accused of starting a fire near her house, which killed Terry Woods and Viv Hope. H was arrested but later freed.

A few months later he and Chas had a one-night stand an comforted her when her son Aaron was charged with murder.

How did Carl die?

Carl died as part of the soap’s 40th anniversary.

Later Carl discovered Chas had been having an affair with Cameron Murray, who was in a relationship with Chas’s niece Debbie Dingle at the time.

Carl started to blackmail them for £30k and became obsessed with getting Chas back.

Later Chas married Dan Spencer but planned to leave the village in Dan’s campervan, but Carl stopped her.

Seeing a bed in the back of the campervan, he invited her into the back and began to kiss her.

Chas sat up fearing Carl was going to rape her and when they got out of the campervan, Carl pinned her against the wall.

Carl claimed he killed his dad to be with her.

She tried to escape but he grabbed her hair and pulled her to the ground. She then hit him over the head with a brick and escaped.

Cameron saw Chas running away and went to see what she was running from. When he found Carl he threatened him and told him to keep away from Chas.

But Carl said to Cameron that bad things happened to people around him and he could walk away untouched.

As he yelled: “Because I’m indestructible” Cameron hit him over the head with a brick, killing him.

Chas believed she was responsible for Carl’s death, but it was later revealed Cameron was the one who killed him and Chas’s half-sister Gennie Walker.