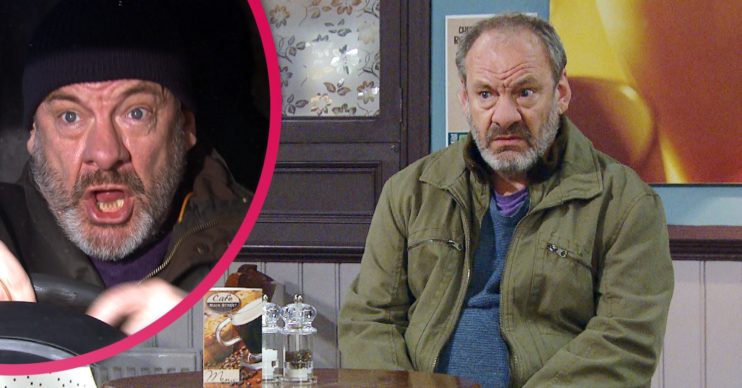 Juliette has been sabotaging Jimmy's business

Emmerdale spoilers reveal Jimmy King is driving and ends up not being able to see due to the glare of the sun. As he braces himself for impact, will he survive?

Over the last few weeks, Jimmy and Nicola have been preparing for a custody battle for Jimmy’s son Carl after his biological mother Juliette came back.

In next week’s scenes Jimmy gets a call and finds out Juliette has sabotaged another business opportunity leaving him and Nicola seriously short of funds for their legal battle.

Desperate, Nicola decides to take matter into her own hands and accepts a job with Mack.

Later, Mack rings Jimmy who’s drinking coffee in a layby. He’s terrified when Mack reveals that Nicola is in trouble with a private investigator who’s been spying on them.

Desperate Jimmy is about to rush to his wife’s aid but gets a call from Amy who innocently asks if Juliette can take the kids.

Jimmy becomes increasingly more stressed and tells her not to let the kids go with Juliette and that he’s coming.

However as he drives, he struggles to keep his eyes on the road. At the wheel of the truck, Jimmy struggles to breathe and as he rounds a corner, he’s blinded by the glare of the sun.

He soon loses control and braces himself for impact. Will he survive?

Emmerdale confirms at least one villager will die

Read more: Who dies in Emmerdale next week? Bookies release their favourite odds

Emmerdale has revealed Jimmy’s truck will go off the road at speed, ploughing into farming buildings.

What will follow are a series of explosive events. These will lead to the untimely death of at least one character.

But who will be killed off?