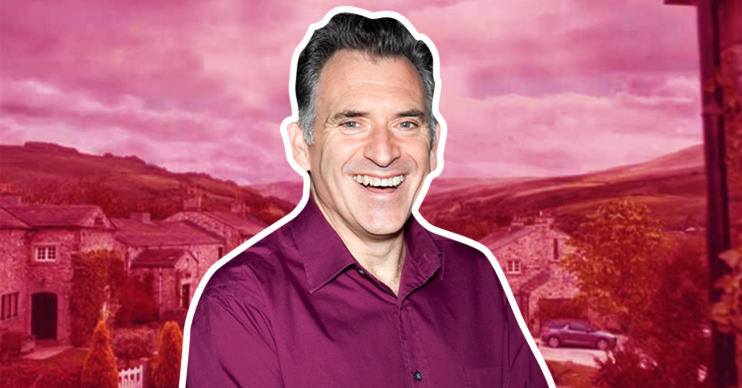 Bob takes over the cafe while Brenda is away

In next week’s Emmerdale, Bob gets some bad news about the cafe. But how will he break the news to Brenda?

A few months ago, Dan suffered an allergic reaction because of a mislabelled wrap Brenda gave him.

In upcoming scenes, the mechanic is back and trying to stay positive despite everything that’s happened. But his daughter Amelia is furious when she sees that Brenda sent him a get well card.

Meanwhile at the cafe, Bob is adamant he can run the place while Brenda is away. But he’s concerned when he receives a text from the insurance company.

The message says they won’t pay out to help compensate Dan.

However, Nicola has a suggestion for Bob. Soon she is railroading her husband Jimmy into her plan too.

What has she got up her sleeve? And will Bob tell Brenda?

Brenda found herself in hot water earlier this year when she gave Dan a scone with almonds in, resulting in him having an allergic reaction.

Luckily Dan was okay. However just a few weeks later she gave him a wrap from the cafe without letting him know what was in it.

As the mayonnaise contained almond milk as an ingredient, Dan had a second allergic reaction.

At work he ended up collapsing and injuring his back, which led to him needing surgery.

Read More: Emmerdale fans call Jamie ‘despicable’ as he drives off after running someone over

Although Brenda did try to cover her tracks, Mandy Dingle did some digging and found evidence to suggest Brenda’s wrap was responsible for Dan’s condition.

Since his injury, Dan has struggled to adjust.

Amelia was furious with Brenda and in an attempt to get revenge, she ended up egging the cafe. However, Dan’s ex-girlfriend Kerry overheard her confess to God at the church.

Will Dan and Amelia ever be able to forgive the cafe owner?