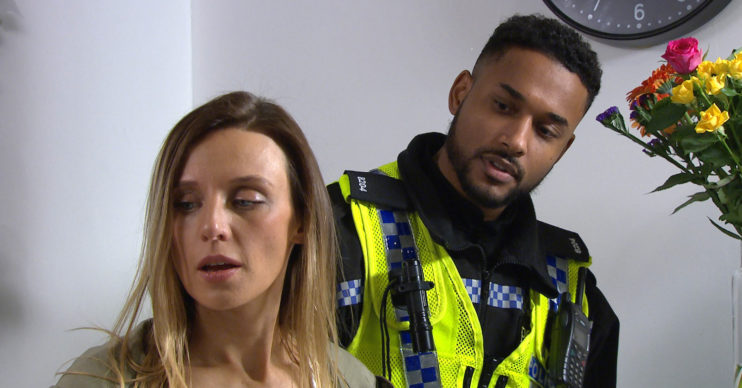 Emmerdale SPOILERS: Andrea returns to the village and leaves Millie there

And then she disappears again!

In next week’s Emmerdale, Andrea returns to the village and leaves Millie at Home Farm.

Before lockdown episodes, Andrea exposed Jamie and Belle’s affair and fled the village. Now viewers will finally get to see what happens next.

Emmerdale: Andrea is found by police

Andrea is hiding out at a hotel but when a police officer arrives, she assures them she is safe and well.

At Home Farm, Jamie is in despair when the police tell him they have found Andrea and Millie but cannot reveal their whereabouts.

Before long, Leyla receives a call from Andrea and she goes off to meet her at the hotel.

Leyla agrees to pay Andrea’s hotel bill for her on the condition that she come home.

But as she drives away, a mysterious figure watches her.

Outside of the hotel, the mystery person is revealed to be Kim, who follows Leyla inside with fierce determination.

Meanwhile in the village, Jamie and Belle declare their love for one another.

However as Andrea returns she sees them together, but they don’t see her.

With her worst fears confirmed, she tells Leyla she can’t stay and leaves again.

Later, Jamie is stunned to find Millie in the kitchen alone. But Andrea is nowhere to be seen. Where has she gone?

Jamie and Belle have been having an affair for months. Andrea discovered the truth around Easter and plotted to win Jamie over.

But when she realised their affair was more serious then she first thought, she and Leyla exposed them to the village.

After Jamie discovered she was behind the affair coming to light, he was left furious and made it clear he no longer wanted to be with her.

Now she’s returned Millie to her father, does she plan to go for good?