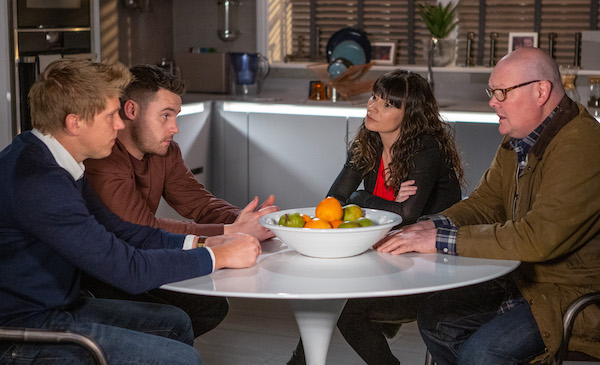 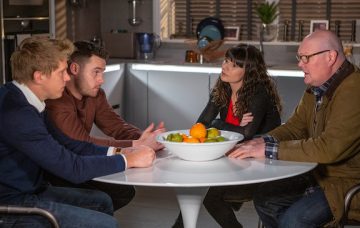 Will they ever get to be parents?

Aaron Dingle and Robert Sugden are heartbroken when they’re forced to put their dreams of having a family on hold this week.

Ever since baby Seb went to live with Rebecca White, Aaron and Robert have missed having a little one around the house, leading to them deciding that they would like to have a family of their own.

Choosing to go down the surrogacy route to have a baby, the pair were excited about the direction their future was going in, despite the fact things were set to get expensive.

But next week the couple find themselves facing a huge set-back when Robert gets bad news at work.

Hoping to land a huge hauling contract that would pay for their surrogacy plans, Robert is left devastated when he discovers he’s missed out on the job.

As Robert tells Aaron that their baby dreams are going to have to be put on hold until they can find the money from somewhere else, the pair are left disappointed and decide they need to talk to someone about their plans.

The couple sit down with Paddy Kirk and Chas Dingle and open up about their dream to have a family one day, and the pair couldn’t be more supportive.

Seeing her son is in turmoil, Chas takes Aaron to one side and gives him some advice.

She tells him not to give up in their plans to have a family, no matter what it costs… but will it be that easy for the pair?

With their finances looking hopeless, will Aaron and Robert be able to get their hands on the much-needed cash they need to start the next chapter in their lives together?

Would you like to see Aaron and Robert have a family? Leave us a comment on our Facebook page @EntertainmentDailyFix and let us know what you think!