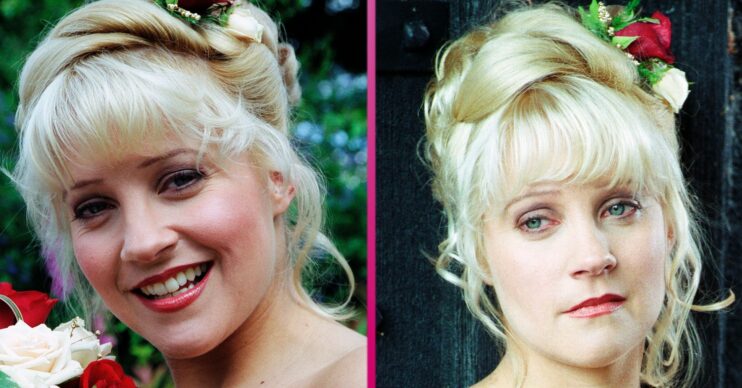 Malandra was diagnosed earlier this year

Malandra, 56, was diagnosed with the disease in February after finding a lump the previous month.

The former Emmerdale star told OK! Magazine about how she was left heartbroken after finding out.

She said: “When I went in, I found myself greeted by a Macmillan nurse and I just knew. She nearly broke down telling me.”

Malandra told the nurse she would get through it and ring the bell to celebrate the end of her treatment.

She continued: “I’d already galvanised myself before hearing the news, so I’ve never cried about it. My body involuntary had a breakdown.

“I didn’t feel like I was breaking down, but I just couldn’t eat or do anything. There was something in the back of my mind that knew what was going on inside my body.”

Doctors explained to her that the cancer may have been sparked by the menopause because of the oestrogen and hormonal balance alters and will require six months of chemotherapy.

Malandra, who has lost friends to breast cancer, was due to have a routine mammogram in 2020, but it was cancelled due to the pandemic.

She believes the cancer may have been spotted earlier if the appointment went ahead.

Now Malandra is urging women to get mammograms.

Who did Malandra Burrows play in Emmerdale?

Malandra played Kathy Glover in Emmerdale from 1985 until 2001 and returned for a short period in 2005.

Kathy saw lots of drama during her time in the village having been kidnapped, knocked down by a horse and trapped in a bush crash.

In December 2001 she left the village to move to Sydney Australia.

In December 2002, news reached the village that she had given birth to a little girl.

After leaving the soap, Malandra went on to become a singer and appeared on I’m A Celebrity… Get Me Out Of Here! in 2006.