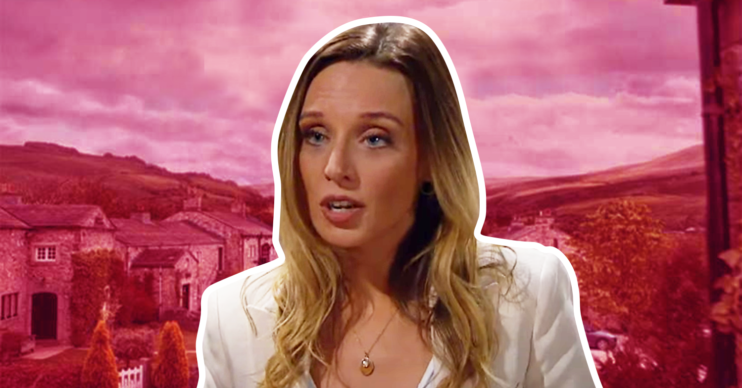 Emmerdale fans have turned on ‘evil’ Andrea Tate as she plotted to split up Jamie and Belle.

Last week, Jamie ended up running Moira over on his way to track down Andrea and, in a panic, he told his wife what happened.

But in last night’s episode (Monday, July 14) Andrea began to use Jamie’s situation to her advantage.

She told her husband that the fact he came to her when he needed something means there must be hope for their relationship.

She suggested to Jamie that they start again as a couple and that they have to make things work, as they’re the only people who know Jamie’s responsible for the hit and run.

Later Belle stopped by to visit Jamie but she was confronted by Andrea. Despite Belle protesting that Jamie loves her, Andrea lied to her saying that Jamie had made the decision to stay with her, leaving Belle heartbroken.

My god #Andrea of #Emmerdale is the most pathetic loser there ever is.

Oh Andrea stop being so desperate, please get a life hon!! #emmerdale

Oh my God Andrea, have you no pride. #Emmerdale

Emmerdale: What’s next for Jamie and Andrea?

Andrea tells Jamie they must convince his mum Kim that they are back together for good.

Despite Andrea’s warning, Jamie follows Belle and tells her he needs to make a choice between them.

Later Andrea decides to win Jamie over with a date night but she’s shocked when he tells her that he no longer loves her – he loves Belle.

But he’s left feeling helpless when Andrea threatens to go to the police if he leaves her.

In next week’s Emmerdale, Andrea lets slip to Kim that it was Jamie who ran over Moira.

Meanwhile Jamie feels at his lowest ebb when Belle refuses to have a drink with him.

Later Kim tells Jamie she knows the truth about the hit and run and insists that they clean up the evidence. Holding all the cards, Andrea tells Jamie and Kim they will have to do everything her way. Jamie is trapped.