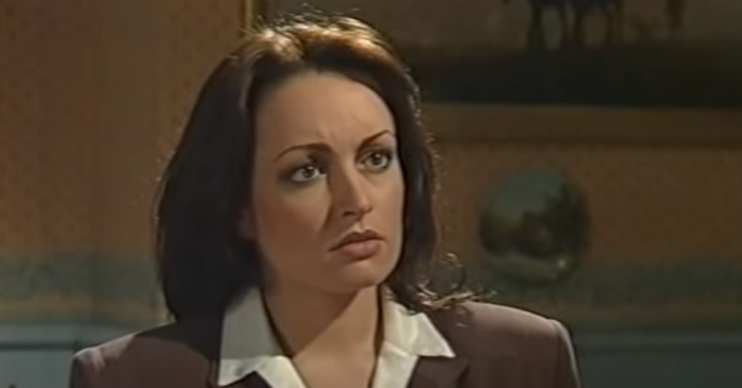 Tina left the village in 1996 and has never returned

Emmerdale fans have called for Tina Dingle to return to the village after watching her in classic episodes.

Tina, who is the daughter of Zak and Nellie Dingle, left the village back in 1996 after her relationship with Frank Tate failed.

Since her departure, she hasn’t been seen and is rarely, if ever, mentioned.

Although the character Tina was only in the Dales for two years, she made quite the impression on fans who want to see the character return.

Recently Emmerdale’s Twitter account shared a throwback picture of Tina and wrote: “On this day in #Emmerdale.

Bring back Tina Dingle with the original Actress Jacqueline Pirie she might want a change in her life, could create a great new story line !

Fans who have also been watching the classic Emmerdale episodes on ITV3 have called for her to return.

I’ve been watching classic Emmerdale. I love Tina dingle, she should return. The dingles are my favourite family ❤️ @emmerdale #Emmerdale #Classicemmerdale pic.twitter.com/MRU0AikVkZ

After watching the classic @emmerdale on ITV3 I think Tina Dingle needs to be recast and come back! Mix it up with Chas and Charity! #emmerdale #classicEmmerdale

Emmerdale: What storylines did Tina have?

Tina first arrived in the village in December in 1994 not long after the rest of her family.

She was going to marry Luke McAllister, however this was proved to be fake as she wanted revenge for him killing her brother Ben the year prior.

After finding out the truth, Luke kidnapped Tina and had her in his van. But she managed to jump out.

Her former fiancé was killed just moments later when he crashed into a wall and his van exploded.

She went on to get caught up in a love triangle with Frank Tate and Steve Merchant, however she ended up in a relationship with Frank for a while.

But Tina ended things with the millionaire and left the village on Christmas Eve 1996.

Where is Tina now?

Tina left to start a new life in London, which is where the character is still assumed to be living.

She didn’t return for her brother Butch’s funeral in 2000.

It is also unknown if she has ever met her half-sister Belle, who was born in 1998.

Zak, Belle, her half-brother Cain and brother Sam are still in the village, meaning there’s reason for her to return.

After Emmerdale, Jacqueline Chadwick, who was Jacqueline Pirie in her Emmerdale days, joined Coronation Street in 1998 as factory machinist Linda Sykes.

Linda married Mike Baldwin, however things didn’t work out. She left the show in 2001 and has since written novels.