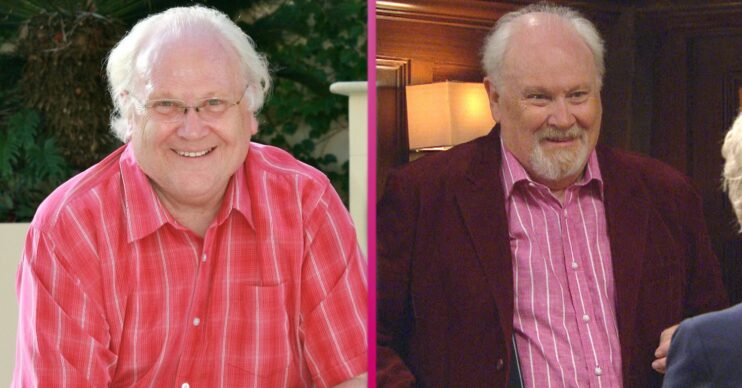 Emmerdale: Colin Baker to make an appearance in soap

Colin will make up an appearance later this month

Colin Baker will be making an appearance in Emmerdale later this month.

When Diane Sugden arranges to meet a man for a date in a pub, she’s unprepared for this strange passion.

Will her date Michael impress her?

Speaking about his role in the soap, he said: “I am so old that I remember watching Emmerdale Farm long before it became just Emmerdale when my friend (and colleague from Doctor Who days) Frazer Hines was a youthful Joe Sugden and Arthur Pentelow was in the cast.

Read more: Emmerdale: 4 clues Marlon missed that April is being bullied – as he’s slammed by viewers

“So to get a call to join the cast, albeit briefly, as a possible love interest for Elizabeth Estenson, an actress I had long admired, certainly appealed to me.

“A bonus was the fact that also in my scenes with Rodney Blackstock, played by my old friend Patrick Mower.

“I enjoyed my Covid compliant time with both of them in Leeds inordinately.

“As to what happened, well you’ll just have to watch and find out. It’s a bit of a puzzle actually.”

What has Colin Baker been in?

Colin Baker famously played the sixth incarnation of the Doctor in Doctor Who from 1984 until 1986.

He has made many appearances as the sixth doctor in Doctor Who audio dramas.

He has also played different roles in Casualty, The Bill and Doctors.

Read more: Emmerdale SPOILERS: Rhona to go to prison after she assaults Brenda?

More recently he appeared in Star Trek Continues where he played Minister Amphidamas.

This year he will play Conrad in film You Might Get Lost and Charles Sutton in The Ghosts of Borley Rectory.

Are you looking forward to Colin’s appearance in Emmerdale? Leave us a comment on our Facebook page @EntertainmentDailyFix and let us know what you think!