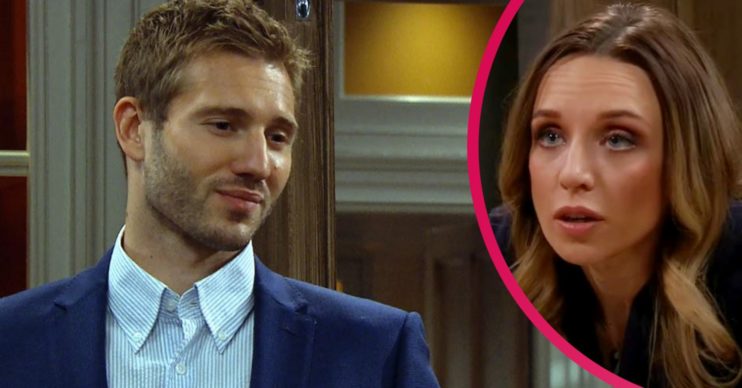 Emmerdale fans have spotted a clue that Jamie Tate is going to embrace his destiny and destroy blackmailing wife Andrea.

The vet is being forced to stay married to Andrea after she manipulated him into covering up a hit and run.

What do Emmerdale fans think will happen with Jamie and Andrea?

Jamie accidentally hit Moira Barton with his car but in a panic didn’t stop.

Andrea convinced him he had hit an animal before covering up the damage and actively stopped him from confessing to the police.

Then when he discovered it was Moira he had hit, she used that to blackmail him into reuniting with her.

This week Andrea even got one up on Jamie’s super-schemer mother Kim Tate.

She forced Kim to leave the village under duress – such is the power she holds over Jamie’s fate.

Fans don’t think Kim will lie down and take it and believe she will have Andrea killed.

One said: “The one time I want Jamie to actually tell Kim the truth. She will ‘sort out’ Andrea #Emmerdale.”

Another added: “Get rid of Andrea. I hope Kim hires somebody to remove her, I love Jamie and Belle together #Emmerdale.”

However with Kim out of the way, it’s going to fall to Jamie to save himself.

And fans think they have spotted a clue that means he will finally drop the nice guy act and behave like a true Tate – his suit.

Next week, Jamie dons a suit as he replaces his mother in some business meetings.

One fan said: “Putting Jamie in a suit and teasing a ruthless future? Yes please. He’s about to go Full Tate. #Emmerdale.”

Putting Jamie in a suit and teasing a ruthless future? Yes please. He’s about to go Full Tate. #Emmerdale pic.twitter.com/7uqckx22KU

A second agreed, adding: “Lets hope it’s as good as it sounds like it could be.”

He said: “Jamie has tried and tried to stay away from the Tate line and the Tate way of living.

“But essentially he feels like he’s been cornered with every choice that he’s made. Every choice he’s made has blown up in his face.

“Jamie starts to feel like there’s no way out, other than to be ruthless.

“There’s some really interesting stuff coming up, which people are probably going to hate Jamie for, but they’ll find him intriguing as well.”