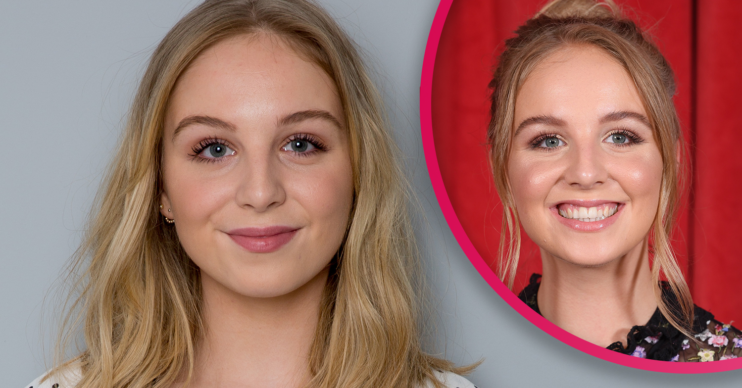 Belle Dingle actress discovered her sister's illness while on set

Emmerdale star Eden Taylor-Draper has opened up for the first time about her younger sister’s battle with cancer.

The soap actress – who plays Belle Dingle – has revealed Francesca was diagnosed with acute lymphoblastic leukaemia in 2018 when she was 14.

And Eden has recalled the awful moment she discovered the news, while on set for the ITV show.

The 20-year-old told the Mirror: “When I came off set for my tea break, Dad called and it was such a blur.

“I felt like someone had ripped my stomach out and I broke down.

“I was with Issy Hodgins, who plays Victoria, when I got the call, and she just held me for ages.

“And I couldn’t go back to do my next scene. But Emmerdale were so supportive and let me go see Chess at Leeds General hospital straight away.”

Doctors made the terrifying diagnosis, discovering 97% of her blood was cancer.

Francesca underwent intensive treatment until December 2018 then began maintenance chemotherapy, which she still has once a month.

She is due to complete her treatment later this year and is headed to college in September.

Eden and her sister, now 16, are speaking out to help raise money for Teenage Cancer Trust, who supported the family through the illness.

Like many other charities, Teenage Cancer Trust’s fundraising has been badly hit by the coronavirus pandemic.

Eden explained: “Without the Teenage Cancer Trust, I don’t think our journey would have been the way it has.

“You realise the power that a charity has to make your worst nightmare a little bit more bearable. And that’s something we have to support.”