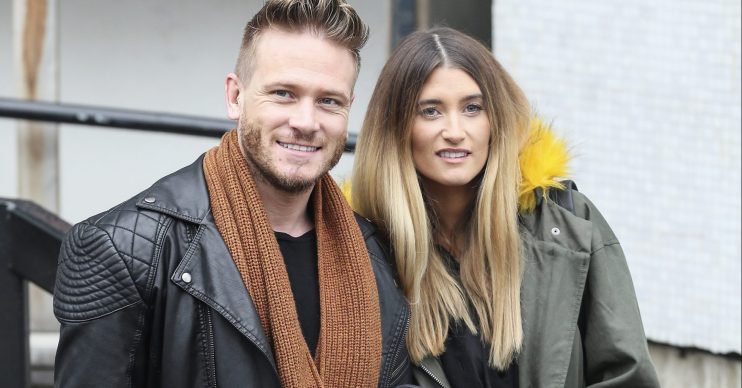 Charley Webb has given her husband and Emmerdale co-star Matthew Wolfenden a bowl haircut during lockdown.

The actress took to Instagram to share a video of her cutting actor Matthew’s hair with a bowl as a guide.

Posting a picture of her carrying out the cut, she said: “You know things are boring when he lets you cut his hair around a bowl.

“We did a quiz on Zoom last night and it turned into hair cuts all round for the boys. PS. I’m not recommending you try this at home.”

Charley has had a drama-filled couple of weeks in lock down after she revealed she had been abused while shopping for essential food.

She said on Instagram: “I went to our local supermarket today. No one had masks or gloves on, including the people that were working.

“I had to ask two people to stop coming closer than two metres and got abuse.

“A lot of people aren’t taking this seriously whatsoever.”

CHARLEY’S RUN IN WITH CO-STAR

The actress also ended up in a row with former co-star Louise Marwood over coronavirus.

Charley was questioned by Louise, who played Chrissie White in Emmerdale, over her asking Piers Morgan for advice on self isolating.

Her tweet was in response to Piers Morgan, who had asked why millions of non-essential workers were still going to work.

Charley had posed a question to Piers about whether window cleaners were essential workers.

When Louise saw the exchange, she asked her former colleague: “Why are you asking him?”

Charley responded: “Have you not been reading his feed? It wasn’t really a question, it was a discussion. This has been the only thing on GMB and I’ve been following it. Why?”

Charley went on to clarify that she was questioning the government’s lockdown instructions as she doesn’t think they are clear enough – therefore demanding answers.

She said: “The point of my tweet was to say, it’s not clear who and who can’t travel to work. I understand it says, ‘if you can’t work from home’.

“If everyone who couldn’t work from home continued to travel to work we’d never get rid of this virus. This would all just carry on.”