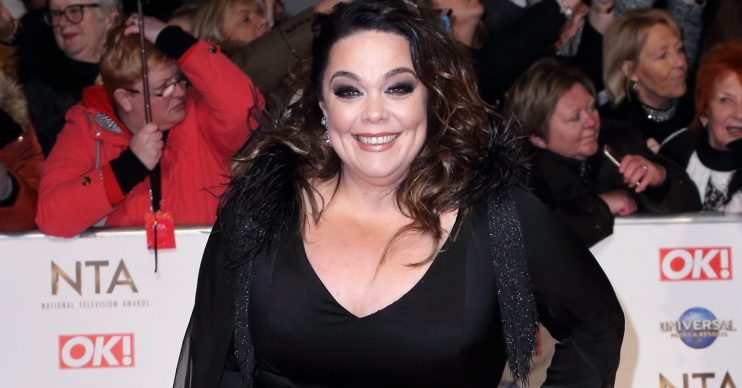 Lisa has lost a huge amount of weight

Emmerdale star Lisa Riley has revealed she had almost a stone-and-a-half of excess skin removed.

The Mandy Dingle star lost an incredible 12 stone after decades of being overweight.

But even after her inspiring effort to lose weight and get fitter, Lisa found the excess skin that remained was hampering her efforts to be healthy.

Speaking to The Sun on Sunday she said: “I started thinking about my own health. People forget how gigantic I was.

“With the skin removal I lost twelve stone, one pound. The surgeon chopped off one stone, four pounds. Since then my weight has more or less stayed the same.”

Read more: Emmerdale viewers slam Will as he betrays Cain to DI Malone

Lisa previously opened up about her reasons for having the excess skin removed.

The actress explained that the extra skin caused problems during exercise.

She told Lorraine: “The exercise that got me shrunk down to the way I wanted to be became really painful. I’d be in a Zumba class and everything was… it was agony.”

HOW DID LISA RILEY LOSE WEIGHT?

Lisa has inspired countless people to follow her in her health journey – and as even written a guide on how to lose weight.

“Once I accepted responsibility for my health, weight and lifestyle it made it easier to take control. You don’t have to have starter, main and pudding,” she told The Express last year.

“If you are doing that you are eating too much.”

She also said she exercised for 30 minutes per day and lifted weights.

“Lifting these weights, it’s painful but it works… When you are training it should be FUN!!!,” she said in her book, Honesty Diet.

Last year she made a shock comeback to Emmerdale as Mandy Dingle after almost 20 years away.

Mandy returned to the village with her son Vinnie, who it was later revealed wasn’t her biological son.

The pair are set to be rocked by an arrival from Mandy’s past soon when Paul arrives in the village.