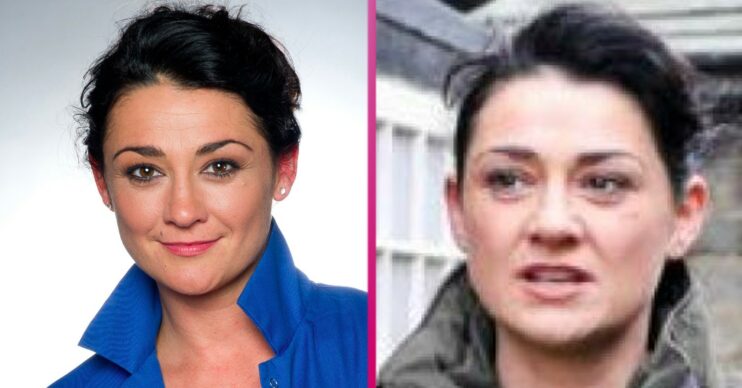 She's getting a huge blast from the past

Emmerdale bosses have promised a huge story for Moira Barton this year.

The farmer has been in the background for the ITV soap for the last year.

But that’s now all set to change for the show’s 50th anniversary year.

Producer Laura Shaw told ED! and other media that Moira will be back at the forefront of the soap in the coming months.

She said: “I don’t think Moira fans need to worry at all, as we’ve got plenty coming up for her this year.

“She’s going to be the person to lean on for more than one of her family members.

“We’re going to see her be given one of the biggest decisions of her life when she’s asked to keep a huge secret and she’s going to struggle massively with that.”

There will also be a huge blast from the past for Moira coming.

Emmerdale giving Moira Barton a blast from the past

Laura added: “On another side of the fence we’re also going to see something Moira thought was in her past and that she’d dealt with, come back to haunt her in quite a big way.

“The ramifications of that are going to affect quite a few people.

“Again, we’re going to see her really tested as to how she deals with that difficult situation.”

And there will be a new baby arriving around that time.

She said: “There will be a new baby arriving in Emmerdale before the end of the year.

“But I think we’ve got enough female characters in the show to not be giving anything away.

“That’s all I’ll say, there will be a new arrival before the year is out.”

Could Moira be adding a new baby to her family?