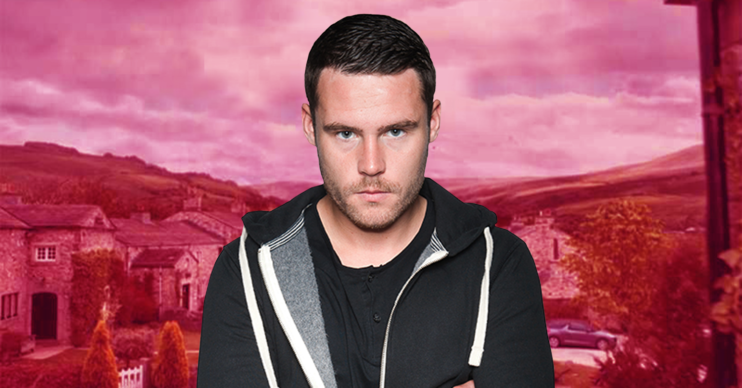 Emmerdale Aaron set for new romance and fans are divided

Is it too soon for a new love interest?

Emmerdale fans have been left divided after it was reported that Aaron Dingle is set to embark on a new romance.

According to rumours, Aaron will embark on his first proper relationship since husband Robert Sugden went to prison and cut all ties.

Die-hard Robron fans are not impressed with the move and have suggested that it’s ‘unoriginal’ to just go with another love interest plot. Others, however, have welcomed the news with some suggesting they never thought Aaron and Robert were suited in the first place.

Last month, during Emmerdale‘s special lockdown episodes Aaron received a letter from Robert. It apologised for cutting off all ties when he was sentenced to a minimum of 14 years in prison for killing his sister’s rapist, Lee Posner.

It gave Aaron the closure he needed to move on and seemingly that’s exactly what he’s about to do when his old schoolmate Ben arrives.

According to a source in The Sun Ben turning up will shock Aaron given that Aaron used to bully him for being gay.

The insider said: “Aaron wasn’t always the Aaron fans have grown to love – as a teenager he was completely different.

Too soon for Aaron to move on in Emmerdale?

One wrote on Twitter: “Oh here we go. Don’t they have any other ideas for storylines? Come on Emmerdale. What a joke – there is so much they could do with such a talented actors – all they can come up with is a new love interest with twist/turns? Thanks, not interested, it’s way too early.”

“One thing is sure for me: I will never support them and ship them. I feel for the guy though. It’s Robron or nothing for me,” said another.

A third added: “Too soon they’re not even divorced yet, sorry, won’t be invested in that even if it happens, only Robron for me.”

A further user wrote: “It’s too soon. What about just let him stay single for a while!”

More added comments of “way too soon,” and “nope, won’t be watching.

“Great that Aaron is finally moving on. Never really liked him with Robert,” one dared to suggest.

A second agreed: “Good for Aaron. Though poor Ben when Ryan decides he misses a regular paycheck and we’ll get a whole miscarriage of justice storyline…”

Emmerdale airs on Monday, Wednesday and Friday at 7pm on ITV.