EastEnders' Mel Owen is currently in a pit of despair after the death of her son Hunter, but spoilers tell us they might be united in death very soon.

Soap fans know that Tamzin Outhwaite's character is set to leave Albert Square in the coming weeks, after the actress announced she was leaving the role. 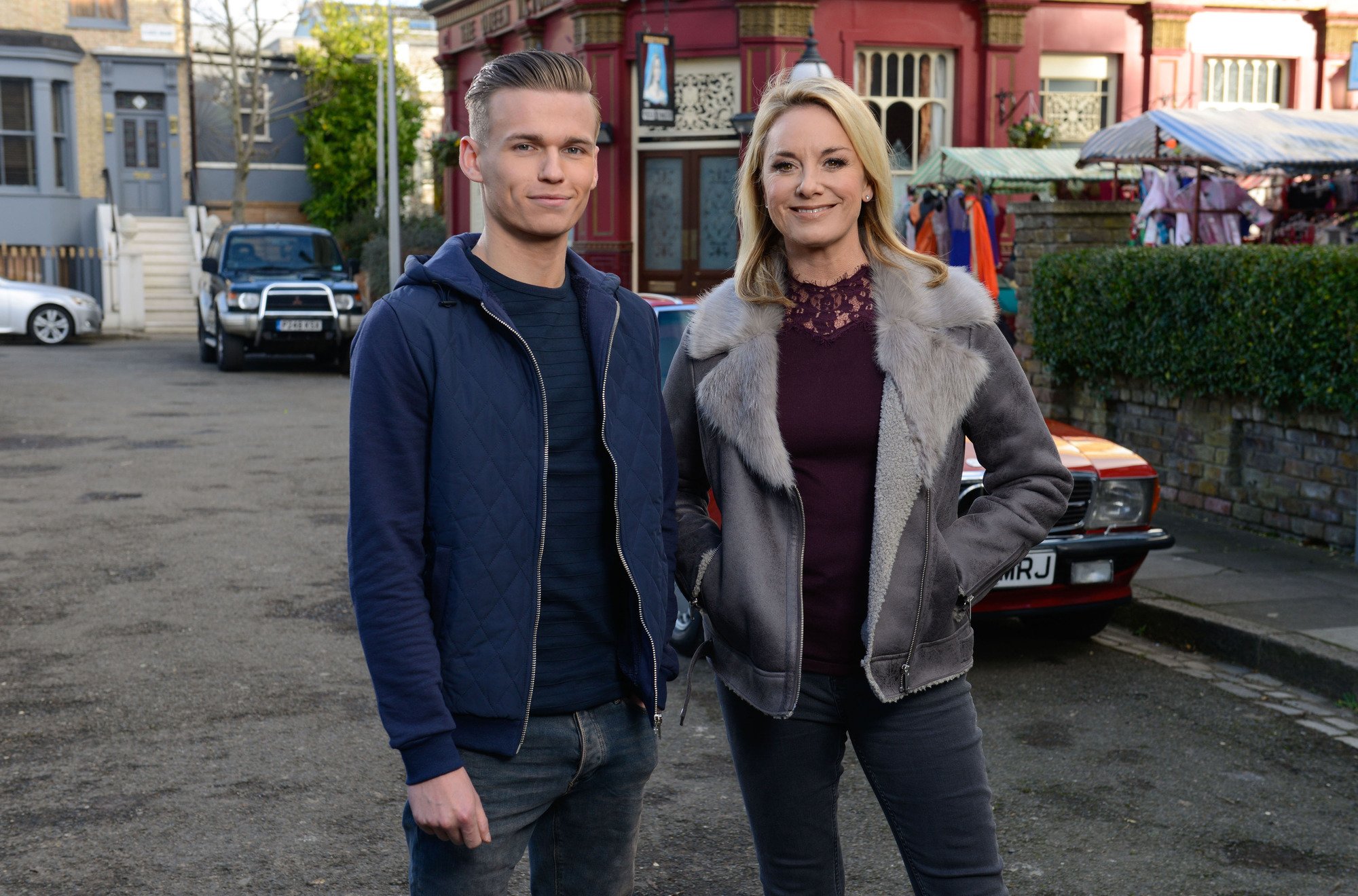 Hunter and Mel - will they be reunited beyond the grave? (Credit: BBC)

And photos from the set of the BBC soap reveal she'll be involved in a terrifying accident.

Will Mel be leaving the soap in a coffin?

Photos published in TheSun.co.uk show Mel being chased by Sharon Mitchell as she attempts to flee Walford.

Viewers know that a desperate Mel will start blackmailing her old friend after finding out the truth about Sharon's baby daddy.

After finding out the explosive secret, Mel 'persuades' Sharon to convince step-daughter Louise - who is also pregnant with Keanu's baby - to move in with mum Lisa Fowler.

The time feels right to once again pursue other challenges.

Photos show Mel's car colliding with a van, and spinning out of control to land on its roof in a nearby ditch.

An ambulance is seen arriving at the scene - but who are the paramedics for?

Earlier this month, Tamzin made her exit sound final when she tweeted: "So that's it! The end of an era... For me at least. Melanie Healy/Beale/Owen has left the building...

"It's been a pleasure, a privilege and a 21-year association with a family I will cherish forever and never forget..."

So that’s it! The end of an era... for me at least. Melanie Healy/Beale/Owen has left the building... it’s been a pleasure , a privilege and a 21 year association with a family I will cherish forever and never forget....TIL next time my beautiful cast and crew... you all rock.❤️

She recently hinted there was more heartbreak ahead for her character, who she has played on and off for 21 years.

Tamzin announced her intention to leave the soap back in July, telling Digital Spy: "When John [Yorke] asked me to return to EastEnders back in 2017, I jumped at the chance to play Mel once more but it was only supposed to be for a year.

Will you miss Mel Owen? Leave us a comment on our Facebook page @EntertainmentDailyFix and let us know what you think!