Linda Carter's alcoholism is going to cause chaos in EastEnders during the bombshell 35th anniversary episodes.

The soap has released spoiler pictures showing drunk Linda hitting out at her husband Mick during the boat party thrown for the couple for winning pub of the year.

The Queen Vic's regulars will pile onto a boat on the Thames later this month to celebrate the award but it will end with disastrous and fatal consequences.

And from the looks of the pictures of Linda - it will begin with disaster too. 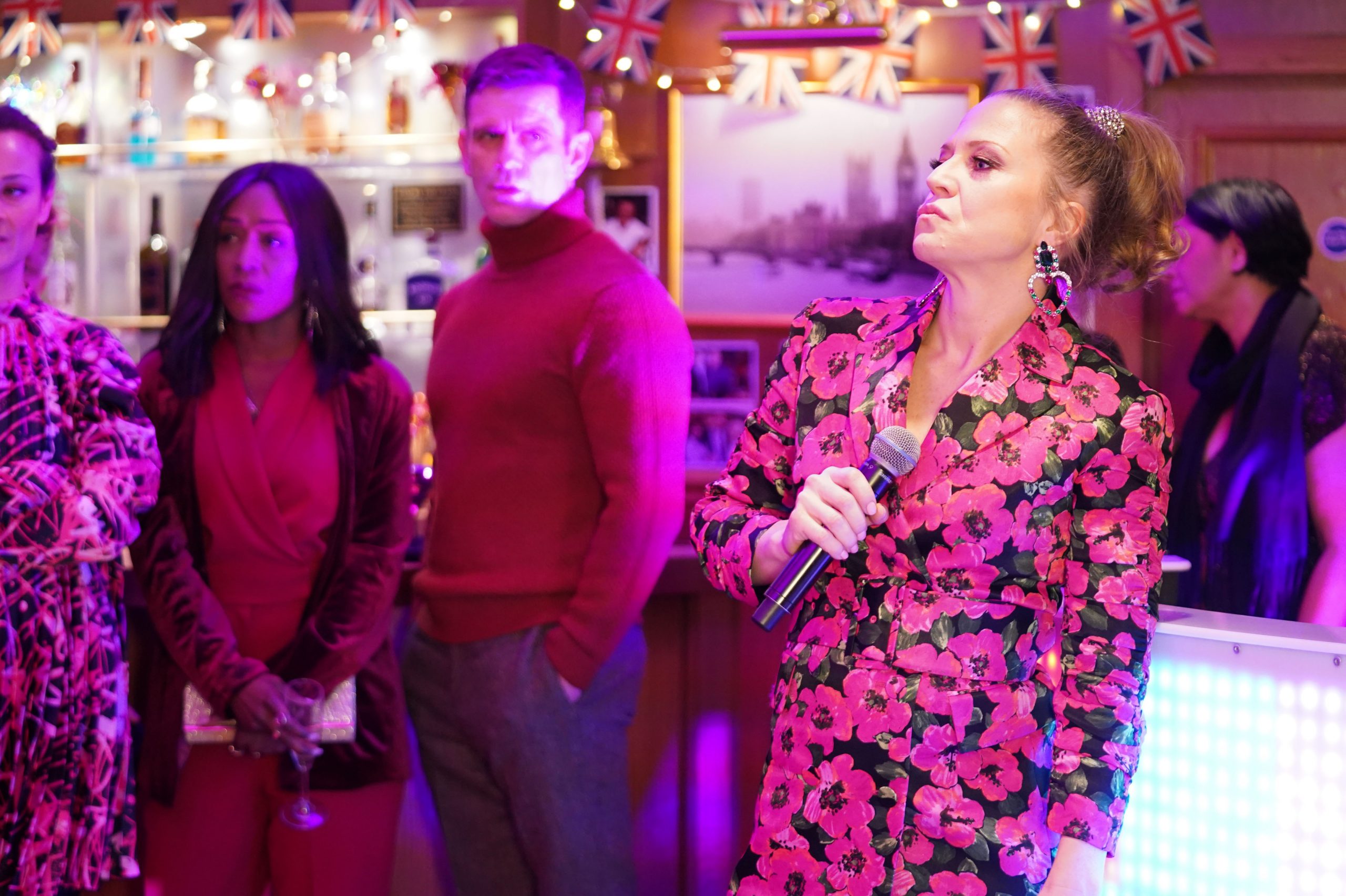 Drunk Linda grabs the mic and humiliates herself and Mick (Credit: BBC)

Viewers know Linda has been struggling with her drinking for months but they were left shocked on Friday when she served husband Mick with divorce papers.

She told him: "I don't think this is working out. Any of it. I'm got to defend myself. Against you!

"I've got a boy. I've got to protect him. I've got to strike first… Mick Carter, I've instructed my solicitor to begin divorce proceedings. This marriage is over."

Fans were heartbroken by the couple's split with one saying: " My heart sunk when Linda told Mick she wants a divorce 😢😢 his little face #Eastenders". 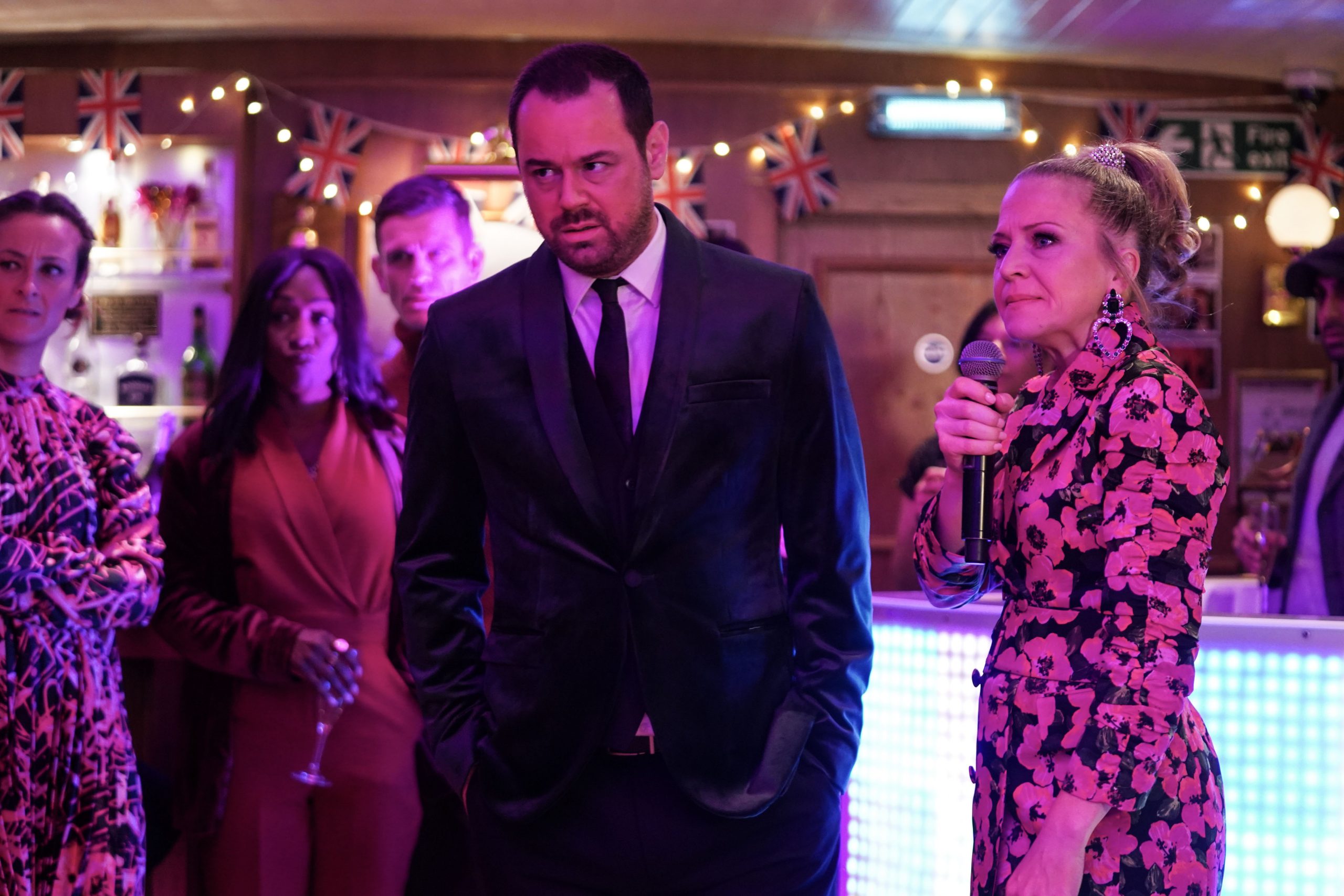 The special week will see at least one death (Credit: BBC)

A second said: "Not to be dramatic but I'm absolutely sobbing that Mick and Linda might divorce #EastEnders".

A third said: "@bbceastenders You guys have to leave Linda and Mick alone it's actually enough, how could you divorce them?"

The scenes, while tough to watch, have been harder for actress Kellie Bright to film and she's gone to extraordinary lengths to prepare.

She told This Morning's Phil and Holly: "I was terrified, as well as being excited by the storylines, I have to say I was terrified because it's really exposing, you're really vulnerable, it's a bit like running around with no clothes on.

"SoI knew I had to do a lot of work before I came in to film the scenes, so I did some research... I went to my caravan in Cornwall and I drank quite a lot and filmed myself.

"What was amazing about that is you could see the alcohol hit me in waves as it was coming into my bloodstream, I'd repeat myself all the time and say the same things, then I'd forget. I was waiting to watch Strictly on the telly and I missed the whole thing.

"It was a fascinating and very helpful exercise."

But with one person set to die during the week - could it be Linda? Leave us a comment on our Facebook page @EntertainmentDailyFix and let us know what you think!