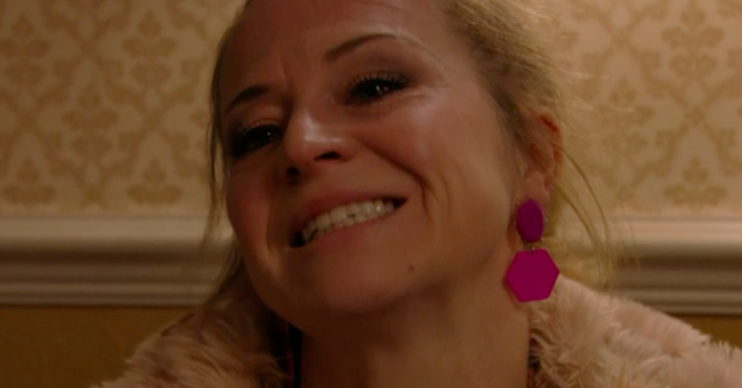 Alcoholic Linda has convinced herself that Mick and Shirley were conspiring to keep her away from young son Ollie and so went to visit a solicitor to get him to draw up the paperwork before dropping the bombshell herself.

She told him: “I don’t think this is working out. Any of it. I’m got to defend myself. Against you!

Fans were heartbroken by the couple’s split with one saying: ” My heart sunk when Linda told Mick she wants a divorce 😢😢 his little face #Eastenders”.

A second said: “Not to be dramatic but I’m absolutely sobbing that Mick and Linda might divorce #EastEnders”.

A third said: “@bbceastenders You guys have to leave Linda and Mick alone it’s actually enough, how could you divorce them?”

Actress Kellie Bright admitted she doesn’t know if there can be a way back for the Carters after Linda involved solicitors.

Speaking after the scenes went out, she said: “Linda is not herself at the moment and everything is clouded by her alcohol addiction and dependency.

“She’s convinced Mick is out to take Ollie, her home and everything away from her. I think she believes in that moment it’s the only thing she can do to take back some power. In her sober heart, I don’t think it’s what she wants.”

And Kellie said she was nervous of recreating the famous 1986 Angie and Den divorce scene.

She said: “I tried not to think back too much because otherwise you get wrapped up in the pressure of a scene like that.

“I tried to just think about it in terms of us and our journey and what we were doing but I’m very nostalgic anyway about the show. I love all those nods to the past.”

Do you think Mick and Linda can survive? Leave us a comment on our Facebook page @EntertainmentDailyFix and let us know what you think!