Keanu Taylor is going to be kidnapped in EastEnders soon - and fans have a very interesting theory about the culprit's identity.

Hunky Keanu is currently loved up with Louise Mitchell, who is pregnant with their baby. But things are all set to change when he discovers his lover Sharon is pregnant too. 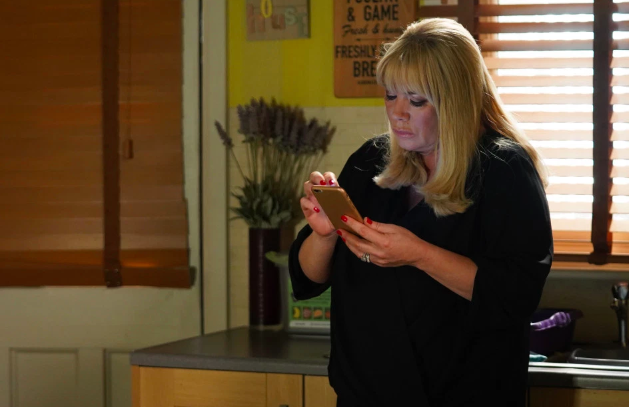 He resolves to come clean to Louise about how her step-mother is also up the duff with either his baby or her sibling.

The soap's big summer trailer teased how someone will kidnap Keanu.

He will be left screaming for help, beaten up and tied to a chair in an empty building in a mystery location.

But while Keanu appears convinced Phil has orchestrated his kidnapping, as evidenced by scenes showing him screaming for the gangster while tied up and blindfolded, fans have another theory.

They think Sharon will be the one to have had Keanu kidnapped, to stop him from revealing her own dirty little secret to Phil.

Phil was already carried away with joy after discovering Sharon is pregnant at 49.

The 58-year-old gushed to Sharon about how excited he was to be a dad again and how he wouldn't make any mistakes.

This is despite the fact he had his young son Raymond - from a one night stand with Denise Fox - sent away for adoption because he felt he was too old to be a dad again.

So with Phil's joy at being a dad, Sharon would want to do anything to stop him from finding out that he may not be the father of the baby - or at least, that's what fans think.

One said on Twitter: "I think Sharon will kidnap Keanu next week to stop him telling Louise about their affair. #eastenders."

Another added: "Sharon is definitely behind it. Phil's too obvious."

But would Sharon go as far as to have the man she loved kidnapped? And how far will she go?

Who do you think kidnaps Keanu? Leave us a comment on our Facebook page @EntertainmentDailyFix and let us know what you think!