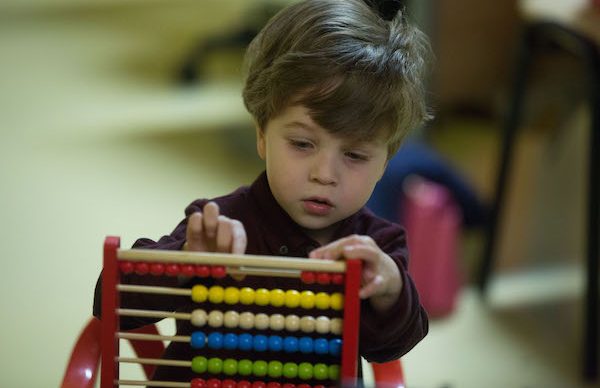 The storyline has divided viewers

Viewers of EastEnders are fiercely divided over the current storyline affecting the Carter family.

Mick and wife Linda have grown increasingly concerned about son Ollie’s behaviour recently and finally got some answers this week.

On Tuesday, a doctor told the pair that the four-year-old is showing signs of autism – but it’s the first step on a long journey of tests and appointments.

The BBC soap have been working with National Autistic Society on the storyline, with Director of External Affairs Jane Harris saying: “We were absolutely delighted when EastEnders contacted us about this storyline.

“We jumped at the chance to be involved because we recognised that it was a fantastic opportunity to help millions of viewers understand more about the autism assessment process and what families go through in order to get a diagnosis.”

However, some of those watching from home aren’t happy with the storyline, and have criticised it as being “offensive”.

“I have autism and the way they are handling this within the show is nothing short of outrageous.”

The upset viewer continued: “Linda, Mick and even Shirley are acting as if Ollie has been given a terminal, deadly life sentence.

“It is just absolutely sickening that they are seeming to imply that he is dying, instead of celebrating the fact that he is a unique individual.”

Another agreed saying: “I thought it was very badly done. They acted like they found out he was dying. […]

“It was so OTT. Just to say I have a four-year-old with suspected autism based on behaviour and highlighted by the nursery. We’re currently on a waiting list which I had to push for as he is so young.

“I did not act like it was a death sentence. In fact, it is a relief and it’s been very tough and finally to get some answers means the correct interventions can take place.”

A third added: “That is not a common reaction. Even Shirley walked out like she heard he was dying. Any normal parent would ask questions and find out more.

“I would have preferred they had a more grounded discussion about it. Of course nobody wants their child to be on the autism spectrum but a more common sense discussion could have taken place.

“It was just very sensationalist and rather bizarre. I was a bit thrown when they revealed the condition.”

“Seeing the family’s reaction, I thought Ollie must be severely ill or incapacitated,” added another.

#EastEnders acting like having autism will kill Ollie. Well that's not how my mum reacted with me being diagnosed.

So Ollie might have autism? Why on earth are Mick and Linda acting like he has Terminal Illness? #EastEnders

Linda crying and stammering out ‘there’s something wrong with Ollie,’ to Shirley, as if autism is a death sentence… #EastEnders

#EastEnders
mick and linda when they find out ollie might be autistic pic.twitter.com/gChhYcmGPm

Absolutely ridiculous writing from #eastenders, portraying autism as some kind of terminal illness based on the reactions of Ollie’s parents – being absolutely distraught and ‘scared.’ Shocking.

However, some viewers defended the soap’s storyline, saying it WAS realistic.

One wrote: “EastEnders are working with the National Autistic Society on Ollie’s story, so whatever we all think and believe of our own situations, they are using and researching. They aren’t just willy nilly writing what they want.”

Another added: “I wonder if this is actually an accurate reflection on a general misunderstanding of autism.

“I found Shirley’s reaction in particular to be quite shocking and I can’t help but think that’s intentional.

“EastEnders tend to research their stories properly so I’m hoping that we will see the family learning more about Ollie’s diagnosis and realising that, as you say, he is a unique individual to celebrate.”

A third agreed, typing: “Linda’s reaction is in keeping with her character. She tried to deny Johnny’s sexuality and pretend it wasn’t happening, just like she did with Lee and his depression, and now Ollie.

“None of this is offensive, and is all accurate. In my opinion anyway. This is how some people would react, especially someone like Linda.

“I’m really looking forward to this story, I’ve been hoping for more autistic characters for ages and the inclusion of Hollyoaks’ Brooke last year has been great. So seeing Ollie grow up with it is something I’m hugely excited for.”

Jane Harris added: “There are over 700,000 autistic people in the UK and most people know someone who is autistic.

“So it’s hugely encouraging to see more TV dramas representing storylines about autism in their work.”

Jon Sen, the soap’s Executive Producer, said: “EastEnders has a history of doing ground-breaking stories that resonate with the nation. When Mick and Linda start to worry about Ollie’s behaviour, they face various challenges as they search for the answers necessary to help their son.

“EastEnders has been privileged to work closely with the National Autistic Society to accurately depict the pressure and struggles that can be felt by parents as they begin this journey.”

Do you think the storyline is offensive? Leave us a comment on our Facebook page @EntertainmentDailyFix and let us know what you think!