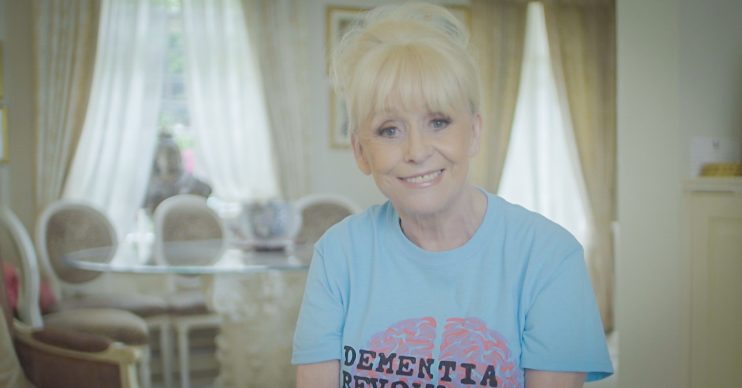 Christopher Biggins has shared a heartwarming update on his good friend Barbara Windsor.

The I’m A Celebrity winner, 70, posted a sweet snap of the former EastEnders star who is battling dementia.

On Thursday (July 4), Christopher gave his 91,700 Twitter followers an insight into Barbara’s health when he revealed he’d had lunch with the 81-year-old actress.

In the photograph, Christopher has his arm placed protectively around Barbara’s shoulders and the pair are looking into each other’s eyes and laughing.

It’s a photo that beautifully encapsulates their friendship of many decades.

Read more: EastEnders star Lorraine Stanley ‘beside herself’ as she makes exciting discovery

Fans were quick to share their affection for the Carry On star, with one replying: “What a wonderful photo of a happy time. This photo is one to treasure.”

Others simply asked after Barbara’s wellbeing, with one typing: “Nice to see Babs laughing.”

“Send her and [husband] Scott our love,” tweeted a third.

One fan recalled one of the times they co-starred together, saying: “So lovely to see. I remember you in Guys and Dolls – Adelaide and Nathan.”

“A very brave and special lady and you a wonderful friend,” added one more.

Christopher has previously said that Barbara’s dementia meant she was forgetting she was famous and sometimes alarmed about why fans wanted their photo taken with her.

He told The Sun last year: “She may forget her whole glorious career, why she is so famous…

“But it if that’s the case then it’s down to us, her dear friends to help her amazing husband, Scott, to remind her.”

Popped in for a cuppa with The Dame who was on fine giggly form. Doesn’t she look amazing? I’m sure she’s got a painting in the attic #barbarawindsor @scott.mitchell3 #legend #eastenders

Sharing a photo of the veteran actress, Jane wrote: “Popped in for a cuppa with The Dame who was on fine giggly form. Doesn’t she look amazing?”

Barbara starred as Peggy Mitchell in BBC soap EastEnders for 22 years before leaving in 2016.

Last year, she announced she had been diagnosed with Alzheimer’s disease and stepped away from the limelight.

Since then, her husband of 19 years Scott Mitchell has been open about their struggle with the illness.

During an emotional interview on ITV’s Loose Women in March, he admitted he feels “powerless” as his “fiercely independent” wife continues to lose her memories.

How does this story make you feel? Leave us a comment on our Facebook page @EntertainmentDailyFix and let us know what you think!