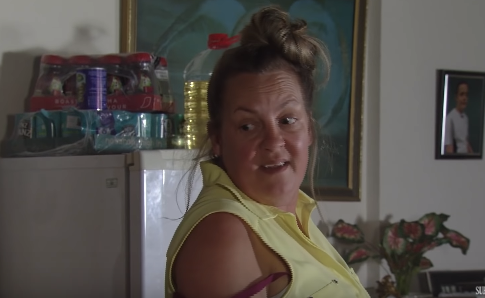 EastEnders star Lorraine Stanley ‘beside herself’ as she makes exciting discovery…

BBC EastEnders star Lorraine Stanley is ‘beside herself’ as she made an exciting discovery about where she lives.

The soap actress, who recently celebrated her 43rd birthday, posted a picture on her Twitter showing she has found an Aldi supermarket!

In the tweet Lorraine wrote: “Yes I found an @AldiUK near me!! #aldi #loveabargain”.

She then followed up the tweet with: “Beside meself”.

Fans loved her reaction to the supermarket.

Another put: “You look as happy as me when I find a pub”.

Her daughter Chanetelle recently moved to Albert Square with her husband Gray and children Mia and Mackenzie.

Her ex-boyfriend Mitch has also moved onto the Square, and her sister Kandice, played by former S Club 7 member Hannah Spearritt, has made several appearances.

It was later revealed that the young girl was his daughter Bailey, making her Keegan and Chantelle’s half-sister.

Over the past few months viewers have seen Bailey build a bond with her older half-brother Keegan and Karen, as they supported her when Dinah died after taking her own life.