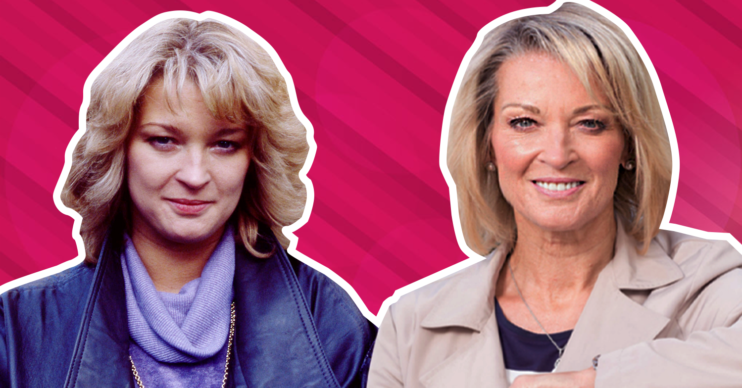 EastEnders viewers have noticed that Kathy Beale hasn’t appeared to age since Sharongate in October 1994.

The iconic EastEnders episode re-aired last night (Tuesday, July 30) on BBC showing Grant Mitchell discover his wife Sharon has been having an affair with his brother Phil.

After Grant heard a tape, where Sharon discussed her affair with Phil, he went to The Vic, where Phil and his new fiancée Kathy were celebrating their engagement.

Grant played the tape to the pub and Phil and Sharon’s affair was outed to everyone.

But as the memorable episode re-aired, viewers noticed something strange about Kathy – she hasn’t aged in 26 years.

If there is one thing that amazes me about #Sharongate , is that Kathy has barely aged a day! Like, Damn!❤️ #ClassicEE #ClassicEastEnders #EastEnders

One thing is for sure: Kathy never ages! #EastEnders @bbceastenders #Sharongate

Kathy never seems to look any older. 26 years ago too #EastEnders

How old is Kathy and actress Gillian Taylforth?

The character Kathy is 70-years-old, but in real life, actress Gillian is 64 and will turn 65 in August.

What happened to Kathy after Sharongate?

After Sharongate, Kathy eventually forgave Phil and they got married in 1995. She then fell pregnant with Phil’s son, Ben.

Kathy’s the only one there who still looks the same age.

Phil and Kathy split up and she left Walford with Ben.

She moved to South Africa in 2000 and married a man named Gavin Sullivan. In 2006, Phil got a call to say had Kathy died in an accident and Ben came back to live in London with his dad.

However in 2015, viewers got a shock when it was revealed Kathy was still alive – she faked her death nine years ago.

Currently she’s living on Albert Square with her son Ian, his kids Bobby and Peter, and Sharon.

Sharon and Kathy have never been the best of friends, but Sharon found herself homeless when Phil threw her out over Christmas and she came to live with Ian, much to Kathy’s dismay.

He discovered Sharon had cheated on him with Keanu Taylor and the baby she was carrying was Keanu’s.

During the soap’s 35th anniversary, Sharon went into labour in the funeral parlour and it was Kathy who helped deliver her newborn.

But on the same day baby Kayden was born, Sharon’s eldest son Dennis died. But what Sharon doesn’t know, is her best pal Ian locked Dennis in a room on the boat before it crashed, delaying his chances of getting to safety.

Although Ian tried to save Dennis, he has been harbouring guilt over the teenager’s death. Will Sharon ever find out the truth?

EastEnders: Secrets from the Square airs on Mondays at 8pm.