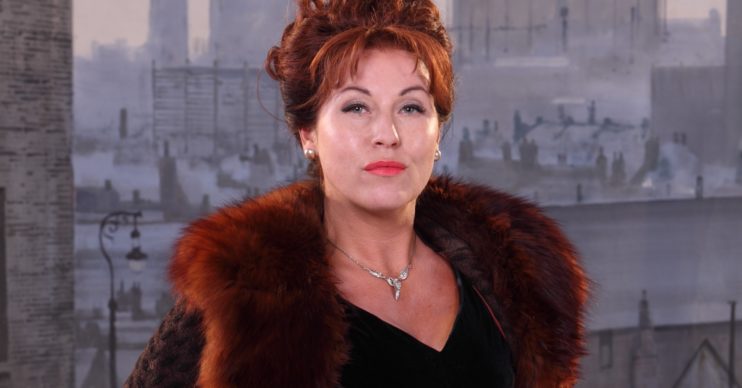 The Road to Coronation Street was shown for the first time on ITV last night. It originally aired on BBC Four 10 years ago.

The feature-length drama showed how the soap came to be, with creator Tony Warren, producer Harry Elton, and director Derek Bennett fighting to get it made.

We saw the casting process as some now iconic characters were cast. These including Ken Barlow actor William Roache. At the time William insisted it was only 13 episodes and he wouldn’t be tied down to it!

Viewers who had seen it the first time, plus those coming to it new, were left in awe. But in particular they picked out Jessie Wallace’s performance.

What did viewers say about The Road to Coronation Street?

Jessie, known for her hardcore East End accent and leopard print looks as Kat Slater in the Walford-set soap, wowed with her ability to put on a ‘perfect’ Manchester accent.

The casting in #TheRoadtocoronationstreet is brilliant but Jessie Wallace as Pat Phoenix is exceptional. pic.twitter.com/yc9SvMtKu3

It’s years since I watched Corrie, but #TheRoadtocoronationstreet was a real treat. Jessie Wallace (nice) was perfect as Pat Phoenix.

Jessie Wallace as Pat Phoenix is EVERYTHING #TheRoadToCoronationStreet

This is my favourite scene. Jessie Wallace is spectacular in this. #TheRoadToCoronationStreet

@JessieWallaceUK you are OUTSTANDING as Pat Phoenix. From a born & bred Manc please take this as a compliment! We are bloody picky about these things! ♥️ #TheRoadtocoronationstreet

Other cast who won praise for their performances included David Dawson as Tony Warren, for example, and Lynda Baron as Violet Carson, aka, Ena Sharples.

How long has Coronation Street been running?

Coronation Street will turn 60 in December this year. It is the only soap out of Corrie, Emmerdale and EastEnders to remain on air with regular episodes throughout coronavirus lockdown.

Head of Continuing Drama at ITV John Whiston recently revealed to Entertainment Daily! and other media at a virtual press event, that this was because they had “banked a whole load of episodes” ahead of filming for the 60th.

“What we have had to strip out for our 60th is the Hollywood spectacular elements. We didn’t have the time to build and install what we had originally planned to do.

“We have discovered what’s below all those layers of Hollywood spectacular is three or four layers of really good stories. There’s a strong community story, which is actually something that’s had a bit of a resurgence under lockdown.

“We’ve got a huge human interest story which emerges from something on screen now which has been engaging. We’ve got the classic salacious love triangle also in there.

“We have stripped away the crash, bang, wallop but what we’ve been left with is essential soap viewing.

“If we lockdown again, we will still have those episodes, it just won’t broadcast in our 60th week. It’ll broadcast slight later in the year or early in 2021. But I am fairly optimisitc that we can hit some classic Corrie episodes for the anniversary and Christmas.”

Did you watch The Road to Coronation Street? Leave us a comment on our Facebook page @EntertainmentDailyFix and let us know what you think of this story.