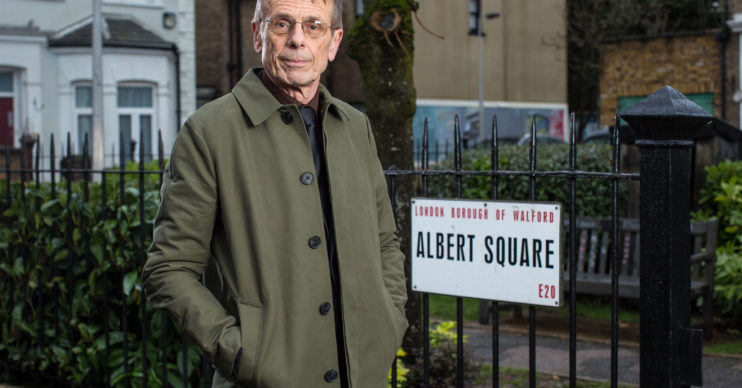 EastEnders legend Tom Watts who played Lofty says the soap has too many episodes to be successful.

The actor was on the show in its heyday when it regularly attracted 20 million viewers for its two episodes a week.

However in recent years it has struggled to achieve more than four million viewers for its four episodes per week.

And Tom, who returned for an episode last year, says it is down to the number of episodes.

Tom, 64, told the Mirror: “The fact that we only did two episodes a week was fundamental to the success of the show.

“It’s something that soaps have lost now because there are four episodes.

“You would have people talking about the episodes from Thursday night and then what is going to happen the following Tuesday.

“If you have got four episodes each becomes a little less important.”

When does EastEnders return?

The BBC soap will return to screens after a three month break on September 7.

Due to the new filming guidelines it is unable to produce full 30 minute episodes so instead the four editions will be around 20 minutes each.

However with camera trickery and use of perspex screens, viewers shouldn’t be able to tell the difference from normal episodes.

As well as using transparent screens, bosses have also called cast members’ real-life partners to come on set and act as body doubles for the more intimate scenes.

Executive producer Jon Sen said: “To reflect the world outside, we use support artists from the same household.

“For those really crucial moments where two characters kiss, we’ve invited real life partners of the actors on to the set to cheat those kinds of moments.

Read more: EastEnders’ Cherry Slater has gone after being returned to mum Hayley in lockdown

Jon added: “With Perspex screens, you can bring people really close together.

“That’s good because it gives an intimacy to the performance.”

It was also recently explained that stars will also be kissing through plastic screens to get around social distancing.