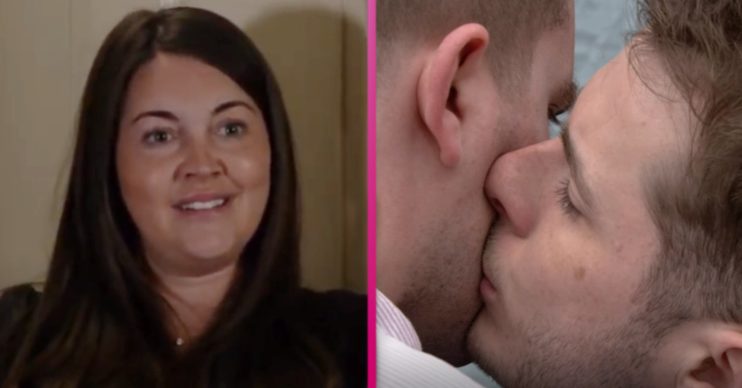 EastEnders has revealed that actors’ real-life partners are being used as body doubles for kissing scenes.

The BBC soap returned to filming in June after production was suspended in March due to the coronavirus pandemic.

With the return, came new filming rules and social distancing measures. However, these rules have made intimate scenes difficult to film.

But it seems as if bosses have found a way to work around some of the restrictions safely.

As well as using transparent screens, bosses have also called cast members’ real-life partners to come on set and act as body doubles for the more intimate scenes.

Boss Jon Sen said: “To reflect the world outside, we use support artists from the same household.

“For those really crucial moments where two characters kiss, we’ve invited real life partners of the actors on to the set to cheat those kinds of moments.

Jon added: “With Perspex screens, you can bring people really close together.

“That’s good because it gives an intimacy to the performance.”

It was also recently explained that stars will also be kissing through plastic screens to get around social distancing.

EastEnders: The magic of TV

Jon also explained how scenes were being filmed to make it seem as if actors are closer than they actually are.

He said: “We also use plate shots, where two actors look like they are sitting at the same table but they have been filmed in isolation.

“You put the shots together.”

An example of this was show in a new EastEnders behind the scenes video, which was shared to the soap’s official Twitter account.

The day we’ve all been waiting for is nearly upon us – #EastEnders is coming back to our screens, 4 times a week, from Monday 7th September at 8:05pm. Before the duff duffs return, here’s a sneak peak behind the scenes to give you a little insight into our ‘new normal’.🎥 pic.twitter.com/BNDWUoUd9k