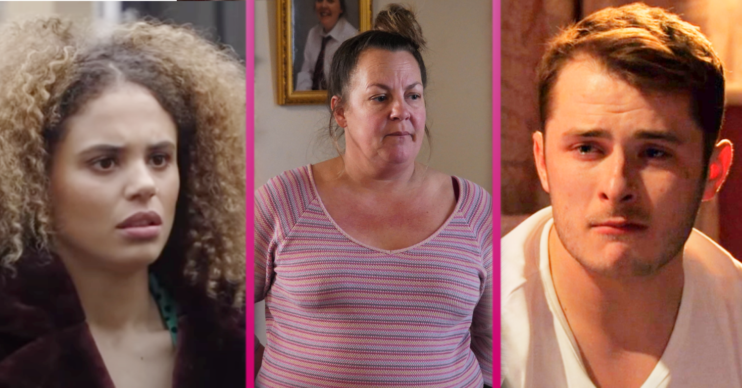 EastEnders will be back very soon!

EastEnders will be returning to screens on Monday September 7 and now the first details of comeback episodes have been revealed.

Here’s what’s to come in EastEnders:

Lockdown in The Queen Vic has been bliss for Sharon and Ian. However Dotty comes in and decides to burst their bubble.

Meanwhile Callum fears Ben’s crimes have caught up with them. Ruby faces serious financial problems and Mick and Linda look to build a new life, away from the pub.

Vinny and Ruby realise they have an urgent goal. Kathy worries Ian has got himself in too deep.

Mick is determined to get back on track. Meanwhile Chantelle puts her plan into action.

Suki swoops in to help her family at a cost. Meanwhile Ben panics as his past comes back to haunt him.

Over the last few days, EastEnders has been sharing what the characters have been up to in lockdown on their Instagram stories.

The soap revealed new information on couple Kush and Kat, as Kat returns to Walford after some time away.

The Instagram story said: “Kat took Cherry back to her mother, Hayley, just as lockdown hit.

“Kush didn’t want to admit he was struggling.

“The lack of money being brought in caused some arguments.”

However it doesn’t look like it’s all doom and gloom as it’s revealed Karen Taylor ‘made the best of an awful situation’.

Speaking about Karen, the soap revealed on Instagram: “Was an essential worker and the laundrette remained open.

“Ensured the home was full of laughter and booze.

“Made the best of an awful situation.”

These Instagram stories have also caused fans to come up with some theories.

After the soap revealed Honey and Jay had become close in lockdown, fans began to speculate that there could be an affair on the cards.