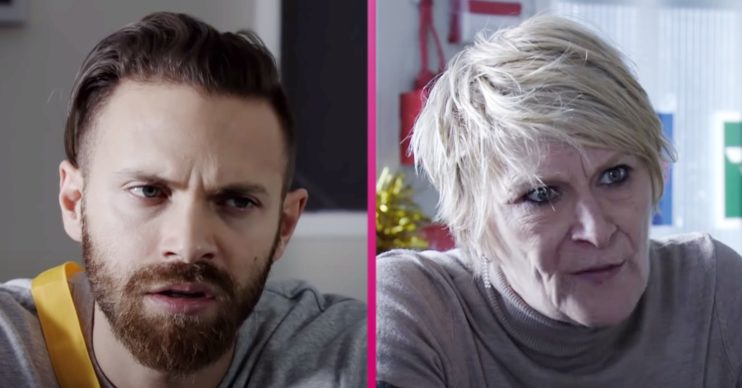 EastEnders fans have predicted that Dean Wicks will return as part of Shirley Carter’s new storyline.

Towards the end of the show, the two women revealed what’s to come for their characters when BBC soap returns on September 7.

Linda told Stacey: “I can give you a clue about what’s going to happen to Shirley. The past comes back, bites Shirley on the bum.”

When Stacey asked Luisa if she knew what Linda was doing for the storyline, Luisa said: “Yes. I only just found out about five minutes ago though. We were really excited about it. It’s a really, really awesome storyline.”

Luisa looked at Linda and added: “She cried.”

Linda added: “I cried because…”

She then remained coy before revealing anymore information.

But fans think the storyline will be the return of Shirley’s son, Dean Wicks.

Wonder if dean is coming back? Past to bite Shirley on the bum… #eastenders #SFTS @bbceastenders

One of these days, Dean is going to come back. #Eastenders @bbceastenders #SFTS #SecretsFromTheSquare @StaceyDooley

EastEnders: Who is Dean Wicks? What does he have to do with Shirley?

For those who aren’t sure who Dean is, Dean is the son of Shirley and Buster Briggs.

The past comes back, bites Shirley on the bum.

Although Linda tried to keep what happened to herself, Dean told the family it was consensual sex.

Later Dean attempted to rape Roxy Mitchell and was arrested.

Dean went to jail and Shirley pleaded with him to plead guilty and threatened to disown him if he didn’t.

However he decided to plead not guilty and remained in custody until the trial. In the off-screen trial, he was acquitted for attempted rape and Buster paid him off to leave Walford.

But could he be making his way back to Walford?