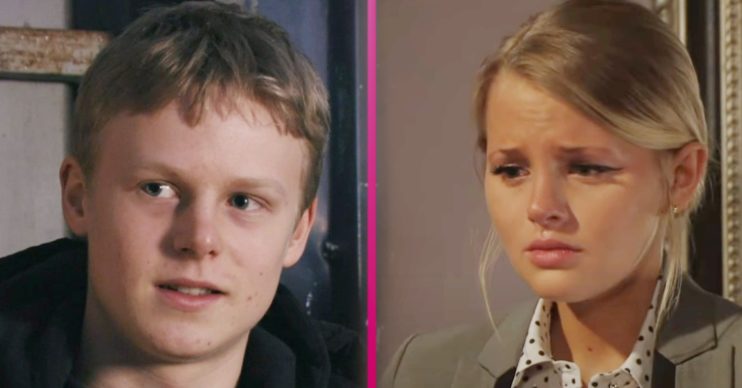 Bobby killed Lucy when he was 10

On Instagram, the BBC soap has been sharing stories on each character and what they’ve been up to in lockdown.

Today (Thursday, September 3) the show shared a story about Bobby.

In the post it read: “Worked for his dad and Max, delivery takeaways for Walford East.

“The crisis got him thinking about the future, and is setting up The Lucy Beale Foundation charity.”

Peter’s post read: “Delighted that Ian moved out. Enjoyed spending time with Kathy, the one person he feels truly understands him.

“Found it hard being cooped up with Bobby, his sister’s killer, but kept him at a distance and ignored his grief by swiping right on a pretty girl.”

EastEnders – What happened with Bobby and Lucy Beale

Meanwhile, Lucy’s death has been mentioned frequently this year with her twin brother Peter returning to Albert Square.

Lucy’s murder became one of the soap’s biggest whodunit storylines.

On the show’s 30th anniversary, viewers found out Bobby killed her by hitting her over the head with her jewellery box.

However, Lucy’s stepmother and Bobby’s adoptive mum Jane covered up Bobby’s crime by moving the body.

But she told the little boy someone else killed Lucy.

But eventually Bobby learnt he did kill Lucy. After attacking Jane, he told the police he killed Lucy.

After being released from prison last year, it became clear Bobby still struggles with the guilt.

However, how will his family feel about him starting a charity in Lucy’s name?